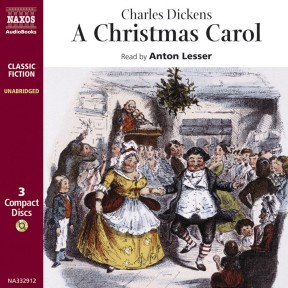 It is little surprise that Christmas features frequently in literature, and that it is generally portrayed with warmth and affection. It is often a family occasion and therefore one which, one way or another, features happy children – and, when there are no children, childhood memories are evoked. It is such recollections that form the basis of Dylan Thomas’s Memories of Christmas, with a characteristically evocative opening sentence in which he recreates the atmosphere of Christmases past:

One Christmas was so much like another, in those years around the sea-town corner now and out of all sound, except the distant speaking of the voices I sometimes hear a moment before sleep, that I can never remember whether it snowed for six days and six nights when I was twelve or whether it snowed for twelve days and twelve nights when I was six.

Charles Dickens is inextricably linked to Christmas and conjures up pictures of the Victorian family around the fireside. Samuel Pickwick and fellow members of The Pickwick Club spend a Christmas at the quaintly named Dingley Dell and in his description of the Christmas season in The Pickwick Papers, Dickens is well aware of the seasonal memories evoked by that time of the year:

And numerous indeed are the hearts to which Christmas brings a brief season of happiness and enjoyment. How many families, whose members have been dispersed and scattered far and wide, in the restless struggles of life, are then reunited, and meet once again in that happy state of companionship and mutual goodwill, which is a source of such pure and unalloyed delight; and one so incompatible with the cares and sorrows of the world, that the religious belief of the most civilised nations, and the rude traditions of the roughest savages, alike number it among the first joys of a future condition of existence, provided for the blessed and happy! How many old recollections, and how many dormant sympathies, does Christmas time awaken!

How many old recollections, and how many dormant sympathies, does Christmas time awaken! (Charles Dickens, The Pickwick Papers)

Christmas is a time for philanthropy, a time to be grateful and happy with what we have, but also conscious that not everyone has the same good fortune. In Louisa May Alcott’s Little Women each of the Marsh girls receives a modest Christmas gift of a book, a different colour for each daughter. The Marsh family isn’t wealthy, but there is still room for seasonal charity:

‘Merry Christmas, Marmee! Many of them! Thank you for our books. We read some, and mean to every day,’ they all cried in chorus.

‘Merry Christmas, little daughters! I’m glad you began at once, and hope you will keep on. But I want to say one word before we sit down. Not far away from here lies a poor woman with a little new-born baby. Six children are huddled into one bed to keep from freezing, for they have no fire. There is nothing to eat over there, and the oldest boy came to tell me they were suffering hunger and cold. My girls, will you give them your breakfast as a Christmas present?’

Seasonal philanthropy is celebrated, albeit somewhat belatedly, in possibly the most popular of all Christmas tales: Dickens’s A Christmas Carol. Scrooge’s ice-cold heart is thawed by the intervention of four spirits and this transformation is summarised in the following words, which contain a message for us all:

Scrooge was better than his word. He did it all, and infinitely more; and to Tiny Tim, who did NOT die, he was a second father. He became as good a friend, as good a master, and as good a man as the good old City knew, or any other good old city, town, or borough in the good old world. Some people laughed to see the alteration in him, but he let them laugh, and little heeded them; for he was wise enough to know that nothing ever happened on this globe, for good, at which some people did not have their fill of laughter in the outset; and, knowing that such as these would be blind anyway, he thought it quite as well that they should wrinkle up their eyes in grins as have the malady in less attractive forms. His own heart laughed: and that was quite enough for him.

He had no further intercourse with Spirits, but lived upon the Total-Abstinence Principle ever afterwards; and it was always said of him that he knew how to keep Christmas well, if any man alive possessed the knowledge. May that be truly said of us, and all of us! And so, as Tiny Tim observed, God bless Us, Every One!