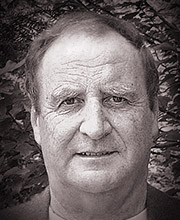 Nigel Lambert graduated from The Royal Academy Of Dramatic Art. He has spent time with the Northampton Repertory Theatre and The National Theatre at the Old Vic understudying Sir Derek Jacobi as Touchstone in Shakespeare’s As You Like It. His film credits include Where Eagles Dare, The Boys In Blue, Scream And Scream Again and in The Princess And The Pea feature length animated movie he was the voice of Sebastian, the old raven. His TV credits include Dr Who, Blake’s 7 and U.F.O. The Computer Affair.