Once more, with feeling 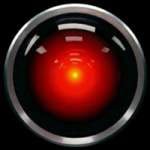 The latest Kindle arrived through the post the other day, and I pounced. This is not at all because I am a sad person in need of gadgetry stimulation, or that I update my man’s toys willy-nilly. I do find myself on the road quite frequently, going into London to our studios (Martin Jarvis was in today, doing an English children’s classic in the exemplary way only he can; Oliver Ford Davies was in a couple of days ago reading a fascinating new text on the Bible: yes, these are teasers!) or visiting editors or writers.

And only in the last week, five new manuscripts came in. One of them was an abridgement, but the others were new texts (I do believe that Naxos AudioBooks is one of the very few audiobook publishers doing new work for the spoken word) and this normally means heavy wads of paper. I have seen Roy McMillan going into the studio when he is about to start producing or reading a big book. No briefcase for him: he comes with a suitcase on wheels to transport the heavy manuscript! Carrying three or four of these around is no joke.

But with my Kindle, it is all a thing of the past. I get a manuscript, normally in Microsoft Word format. Regrettably, Kindle doesn’t take Word in its full spec, so I have to send it as an email to Amazon. 45 seconds later (no exaggeration!) it arrives, converted to Kindle spec, on my Kindle via Wi-Fi. It is really something to behold. I can read it, highlight it, make notes and, if I want to, listen to it!

I think it will be some time before a machine can manage this level of nuance.

LISTEN TO IT? Phew! Is this the end of Naxos AudioBooks? Couldn’t I just download the text of The Decline and Fall of the Roman Empire, Edward Gibbon’s magisterial history, and listen to this disembodied voice read it? After all, you remember HAL, the computer in Kubrick’s 2001: A Space Odyssey? Soft, gentle, even caressing voice if I remember. Scary. Then there are the voices of the rather terrifying robots in Will Smith’s film I, Robot. The nice one had a nice voice and the nasty ones had nasty voices. Like humans really.

But that is film and fantasy. The reality is that Kindle’s text-to-speech facility is like the steel girders of a building before the walls, floors, decorations and colour goes in. It is comprehensible but without feeling. Phew! I am pleased. And so is Philip Madoc, whose grand voice and delivery is the perfect match for Gibbon’s remarkable English and wouldn’t want to be ousted by a succession of ones and noughts.

Performance involves feeling! This underlines why one of the key parts of any audiobook site is the ‘sample’ section. It is really important to be able to hear the reader, not just to choose the book by its title. Many audiobook fans actually follow readers as often as authors. The preference can be as simple as the question of gender.

‘A woman to read Anna Karenina!!?? It was written by a man!’

‘Ah – but we want to identify with the central character, who is very much a woman.’ 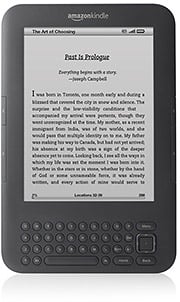 And there are the myriad variations on tone and interpretation, and the kind of feeling evoked. When I am in the studio with an actor, the key moments for me are the first five minutes. We will have talked about the book and the characters, but it is only when the green light goes on that you really experience the approach the actor has taken.

More often than not, the pre-record discussion will have borne fruit and it sounds as you expected. After all, the actor was chosen because of his or her basic sound or general way of performing. You have the feeling that they will approach this work in a particular way.

But sometimes what comes out is totally unexpected! And if you don’t like it, you enter into an interesting (sometimes lively!) interchange. There have been occasions when I totally disagreed with the reader’s approach, but listening to their reasons for doing it that way, I conceded that this was as valid as my own idea. After all, it is really not practical to ask an actor to read a long work in a way in which they don’t believe.

Generally, you find some middle ground which is not, however, a compromise! (If you both have totally different views, and are reluctant to adjust, it is better to agree to differ and start again with someone else. This has happened only once or twice in 16 years of Naxos AudioBooks).

This can apply as much to a non-fiction text as a great classic novel. To hear an account of an historical event or a biography read as if it is emanating from a pulpit or a stage, can be equally irritating.

Curiously, actor and director both know when the tone and the pace is right. Somehow, the words slide into a slot, move effortlessly forward, and carry the reader and listener along naturally.

So much for the text-to-speech facility on the Kindle! Despite the rapid rate of technological improvements, I think it will be some time before a machine can manage this level of nuance. After all, it is only processing binary code… which is pretty well the same as painting by numbers. Under such circumstances, the enigmatic smile of the Mona Lisa becomes just a comic book grin.