Proust in his own time 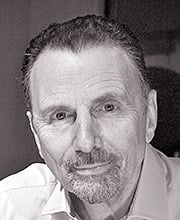 So many of us live in the fast lane. We rush into town, we compare broadband speeds – both download and upload – and we watch for the latest developments in smart TVs, now that smart phones and even e-readers and tablets are changing rather more slowly.

A friend of mine has uploaded all his digital music files to a cloud server because it means he can: a) retrieve them at a higher quality and b) access them more easily from the TV remote. He is no longer tied to his laptop in his home office, so during the ad breaks in a TV programme he can switch to a song without leaving his sofa, while checking his email on his phone at the same time… and so on.

There has always been a demand for greater speed. Take the traditional book. You read line by line, but then there is a bit of a boring passage, so your eyes flicker down the page, scanning the paragraphs for when the description of the sunset will end and the action will resume. What! This is terrible, but we all do it. Even worse, there are speed reading courses designed to enhance your comprehension… and they work! You learn to scan business documents in half the time. But can you shut it off when you are reading Jane Eyre?

The audiobook is much more of a real-time event. The reader approaches the book at the right tempo: the tempo dictated subliminally by the nature of the text; the sentences; the story; the characters. We often find when recording that, at the start, the reader, slightly on edge (even though he knows that the Chinese say a journey of a thousand miles starts with the first step) goes at rather too fast a pace. But within just a few paragraphs, the words themselves settle him down, and he is swinging along the road at the right pace; which is why at the end of the book – even days later (!) – we go back and record the beginning again.

Over the years, we have received many requests from all over the world to invite Neville into the studio to record the work unabridged

The listener has to go with him. There is, it must be said, a little button on the iPhone which, when pressed, enables one to double the reader’s speed. It is pretty terrible, of course, and I do worry that when there is a description of a sunset, some people will not be able to resist the temptation to press it. Maybe they think time is of the essence or they just can’t wait to hear what is going to happen.

BUT PLEASE DON’T DO IT with Remembrance of Things Past, by Marcel Proust. This month sees the release of the first volume, Swann’s Way, read by Neville Jason, using the classic translation by C. K. Scott Moncrieff. Jason’s 36 CD recording of the abridged version, completed a few years ago, has introduced thousands of people to this, one of the greatest masterpieces of the 20th century. The picture of fin de siècle France, of a society that was changing and about to change even more dramatically, was portrayed minutely by Proust; yet it was for him but a backdrop to a detailed psychological examination of human responses.

Just how detailed that examination is has made Remembrance of Things Past famous. There are long sentences: very long sentences. There are pages of mental processes, of sensitivities and sensibilities minutely observed. Proust also portrays the varied desires which drive his characters, some of which were acceptable to society and some of which were not. Of course, it also depends at which level of society those desires were expressed.

But the tempo remains the same because all actions are examined for their implications. The whole work just proceeds at its own rate, especially in the hands of such an exemplary Proustian reader as Neville Jason: having abridged and read it once, and now recording it in full, he knows the work as well as anyone. The numerous characters and their attitudes are clearly delineated, so that even when a character reappears hundreds of pages later, you remember, because he was presented so vividly at first.

If truth be told, when I first asked Neville to read the work unabridged, he declined. He declined a second time, and maybe a third – neither of us can quite remember. The task was just too daunting, he said – and that was coming from a man who had read War and Peace unabridged. After all, War and Peace runs to 51 CDs, while the complete Remembrance runs to 110 CDs (we think – we are still editing and to be frank we don’t yet know how long it will be!).

Neville says that it was partly the sheer length that deterred him. But I suspect it was also partly the nature of the novel itself. It was going to require reading for 40 days, and inevitably it meant 40 nights of replaying sections in his head. They were not 40 consecutive days, of course, but spread over months, which meant that Neville was living Proust for a very long time.

Eventually, he capitulated to my exhortations, because reading for radio and tape/CD has been his life, and Proust was inevitably one of the pinnacles of such a career. After all, it has never been done before in English.

Over the years, we at Naxos AudioBooks have received many requests from all over the world to invite Neville into the studio to record the work unabridged. He discovered, when he had a quarter or so under his belt, that it was not onerous, or daunting or exhausting or frightening. It was just a way of life.

Here is Swann, attracted to Odette, of questionable background; here is Mme Verdurin with her circle; here is the charismatic, magnificent but also awful Baron de Charlus; and here is Marcel, going through his life, feeling so deeply, suffering a turmoil of love, jealousy and loss. If you travel with Neville, at the steady tempo Proust, I am sure, would have admired, it will be a literary journey you will never forget.

The first step of the thousand miles starts this month, with Swann’s Way.