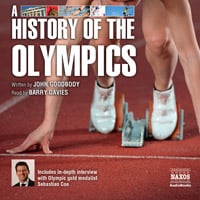 If you live in London, England, you will know that Olympic fever is hotting up. There are scandals about ticket sales being dominated by corporate entertaining; about MPs and other non-specific Olympic dignitaries being allowed to use the specified ‘Olympic’ car lanes which will divide our roads; and about profiteering by the hotels.

It is inevitable. I know. For over 30 years, apart from my activities firstly as a music journalist and then starting and running Naxos AudioBooks, I covered judo for many newspapers and magazines as well as radio and television. I practised judo myself five nights a week, wrote books, and took my judogi on holiday, so it was fair to say I was smitten – and everyone who is deep into a sport knows what this means. William Anderson, our sales manager in Franklin, Tennessee, jumps on his bike every weekend to cycle 70 miles, as does the writer Peter Whitfield, he of The Histories of Western Art, Science and Poetry; and Genevieve Helsby, writer of the Naxos bestseller My First Classical Music Book, runs marathons.

There is a difference between cycling/running and judo, of course. Cycling allows time to think, ponder and muse (and to appreciate the difference between these three processes), whereas in judo there is little time to do any one of these – especially when you have an opponent grabbing your judogi with the intention of turning you over on to your back or strangling you.

But sport is a very remarkable paradigm for human activity. And it fits all-comers. When the Baron de Coubertin initiated the modern Olympics, it was with a noble amateur purpose: compete together to reach, run and strive further, for the benefit of all. Alas, it wasn’t long before the deeply competitive instinct to win took charge: to win for personal glory, then public glory, then gain and (so the myth goes) immortality, with one’s name in the record books.

The Olympics and then the Paralympics followed this pattern, which means, I suppose, that the pattern is embedded in human DNA. In 1992, I was in Barcelona, and after covering the judo competition – which was particularly good – I stayed on to write about the Paralympics for the Daily Telegraph. I had practised judo myself with the visually impaired team as well as the Olympic team before them, so I knew how skilful individuals could be. But I was generally astounded by the depth of commitment demonstrated by so many of the athletes in other sports who, in many cases, were dealing with considerable physical handicaps. It was, to be frank, very moving, in a totally different way from the main Olympics.

And yet it was during that event that the Paralympics encountered its first real drug abuse scandal: five athletes were found to have taken illegal substances. It was inevitable, but it still came as a shock. We shouldn’t have been so naïve! 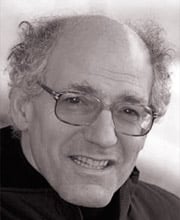 This month we release John Goodbody’s A History of the Olympics, read by Barry Davies. John has covered every Olympics since Mexico 1968. He himself was a British judo international before becoming a leading sports writer in what was then Fleet Street. In the intervening years he has principally written for the Times and the Sunday Times, winning the Sports Writer of the Year award.

Actually, it was John who first introduced me to sports reporting. We met in 1981 when I started training at the Budokwai, London’s premier judo club, where John was a long-standing member. I explained I was a journalist, albeit in classical music, and he persuaded me to help him out by doing some judo reporting. He was virtually the only person covering the sport regularly at the time.

That conversation started me on a new parallel career (classical music remained my principal subject), and I went on to create my own judo publishing company, Ippon Books. I travelled around the world writing about judo and practised in many places, from Tokyo and Mumbai to Paris and Lima.

But John covered all sports, and so it was he whom I asked to write the first audiobook account of the biggest sports event in the world. A History of the Olympics is the result, a fascinating and absorbing recording. It came out in time for the Beijing Olympics in 2008, and now John and Barry have updated it ready for the London Olympics!

John brings all his experience and memories to the recording, giving the highlights of each event since the start of the modern Olympic movement. Inspiring stories, unbelievable feats, close competition, politics, drugs, tragedy and comedy – it’s all here. 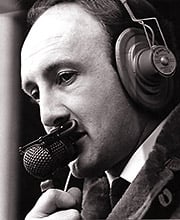 Barry Davies was the obvious choice to read it. He is a familiar face and voice on British sports television, especially during the Olympics. He, too, started in Mexico 1968! He has covered not only judo (we worked together!) but also many other sports, notably hockey and rowing, as well as commentating on the opening ceremony. In the London Olympics, he will be commentating on hockey.

It was John who asked Sebastian Coe, despite his busy schedule, to talk about his key Olympic memories for this recording. We are especially grateful for this, as he is one of the most accomplished Olympians – and not just on the track!

So A History of the Olympics is rather a special recording for Naxos AudioBooks, and one with a particularly personal resonance for me. Often you hear people talking disparagingly about the Olympics, saying they are going to get out of town when it happens. But I can honestly report, with the experience of being in six Olympic towns, that it is one of the most lively and exciting times in the history of any town. If you are reading this in London, I urge to you stay, not to go. And if you live elsewhere, listen to this audiobook. It conveys the unique thrill of a unique event.