Scouting for Boys: A Handbook for a Worldwide Movement 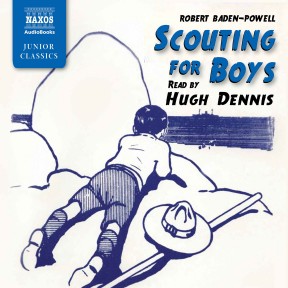 After a military career which had taken him to India, Afghanistan, Zululand, Ashantiland and Matabeleland, Colonel Robert Baden-Powell, almost by accident, found himself in command of the town of Mafeking upon the outbreak of the Second Boer War in October 1899. Due, in large part, to a series of deceptions devised by Baden-Powell himself, the town withstood 217 days of siege by the Boers, against the expectations of both sides, before eventually being relieved by British forces under Colonel Mahon. Part of Baden-Powell’s defence of Mafeking had included the formation of a cadet corps of boys aged 12–15, which performed non-military duties – Baden-Powell later described them as ‘a jolly smart and useful lot’.

This spirited resistance was much celebrated back in Britain and immediately established Baden-Powell as something of a celebrity. Scouting for Boys and the scouting movement as a whole was born out of his desire to create a curriculum which provided recreation for boys, while simultaneously training them in scoutcraft. Twenty boys, from different backgrounds, had participated in a camp at Brownsea Island in 1907, and it was its success that inspired Baden-Powell to go on and complete the book.

Scouting for Boys was published in 1908 in six fortnightly parts at a price of four pence a copy. What had been intended as a training manual for existing boys’ groups rapidly became the handbook of a new movement. With the introduction of the King’s Scout Award in 1909 came the royal seal of approval, and, in its first census in 1910, scouting encompassed as many as 108,000 participants.

The scouting movement quickly became a global phenomenon and in 1916 the category of wolf cubs (for younger boys) was created, followed by the rover scouts in 1920 for older boys. The first World Scout Jamboree was held at London’s Olympia in July and August 1920. 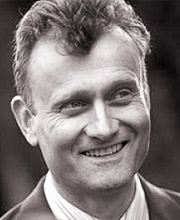 Baden-Powell’s military experiences in the British colonies coloured his outlook on Britain’s place in the world which, even at that time, was starting to come under some threat. One of the stated purposes of training scouts is that many of them would become ‘frontiersmen of all parts of our Empire’, largely in the colonies, although ‘scouting also comes in very useful in any kind of life you like to take up, whether it is soldiering or even business life in the city’. ‘Play up! Each man in his place, and play the game!’, exhorts Baden-Powell. ‘Your forefathers worked hard, fought hard and died hard to make this Empire for you. Don’t let them look down from heaven and see you loafing about with hands in your pockets, doing nothing to keep it up.’

The book takes on a somewhat fragmented and random form, and Baden-Powell was to revise it frequently over subsequent years. He drew on a wide variety of different source material and this is a large part of the charm of the book throughout, where ‘Notes for Instructor’, ‘Camp Fire Yarns’ and ‘Scouting Games’ appear alongside more didactic elements. Most of the beginning of the book covers scout law and hierarchy, knots and badges, salutes, uniform and patrols. A short section on observation and tracking then leads into one on nature and animals. Campaigning and camp life are then followed by pioneering, health, chivalry and discipline, with the main section of the book concluding in first aid and patriotism (which, to Baden-Powell, meant imperialism).
The book is written in Baden-Powell’s usual conversational style – which makes it ideal for the audiobook format. Since its first publication in 1908, Scouting for Boys, in its many editions, has become one of the bestselling books in the English language. In addition to being an interesting historical record, it still has much to offer the scout of today. Our audiobook is read by the comedian and actor Hugh Dennis.