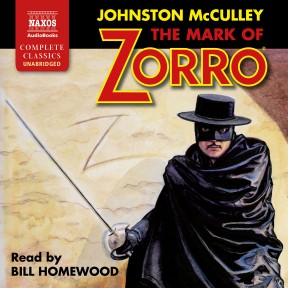 Many of us who grew up in the late 50s and subsequent decades harbour fond memories of Disney’s series of Zorro. Played by Guy Williams, Don Diego de la Vega’s swashbuckling alter ego spent his time (and much energy) righting the wrongs of the oppressive Mexican administration in early 19th-century California, memorably using his rapier to inscribe his trademark ‘Z’ on the ample belly of a vanquished army sergeant (an action later imitated by hundreds of American children on their desks, much to the annoyance of school authorities). Aided by his apparently mute servant Bernardo, Zorro shows himself to be a man of guile, as well as great prowess as a swordsman. In more recent years there have been the feature films The Mask of Zorro and The Legend of Zorro, both of which featured Antonio Banderas, while Tyrone Power, Frank Langella, George Hamilton and Alain Delon have also taken on the role of the masked hero for the big screen.

However, the character of Zorro (Spanish for ‘fox’) was actually created some decades before the Disney series, with the first story, The Curse of Capistrano, being published (in five weekly instalments) in the boys’ journal All Story Weekly in 1919. A year later a film of this story was released under the title The Mark of Zorro – which is the title we have adopted for our audiobook – and featured Douglas Fairbanks as the eponymous hero (this was, in fact, the first film produced by the newly-formed studio United Artists). The success of the film prompted author Johnston McCulley to resurrect the character of Zorro in three subsequent novellas, all of which are being recorded for Naxos AudioBooks, and many shorter stories.

The character of Zorro was partly inspired by Joaquin Murrieta, a well-known figure in 1850s California, and – like Zorro – regarded as an outlaw by the Californian authorities. He was subsequently captured and killed, and his life and adventures were documented in a 1854 book written by John Rollin Ridge. Like the Scarlet Pimpernel, the theme of Zorro’s real identity permeates the novels, with Don Diego similarly taking pains to appear as much unlike the masked man as possible. This is a theme recurrent in the Marvel comic books (which appeared two decades later), with characters such as Superman, Batman and Captain America.

While regarded as pulp fiction, the Zorro novels are classics of their genre. Most importantly of all, each is a ripping good yarn and much of the action is conveyed through dialogue (rather than lengthy descriptive passages), which makes them ideal for the audiobook format. Celebrated actor, and a stalwart of the Naxos AudioBooks catalogue, Bill Homewood, embraces the task with his accustomed aplomb and energy. The cover artwork for the series was created by the prolific cartoonist and painter, Peter Poplaski, and gives the finishing touch to what is sure to be a keenly- followed series.