Seven CDs – eight hours and more – and not a dull moment!

All the others had been commissioned by us for audiobook presentation, but this was slightly different: Peter had written and self-published his (much longer) History and we could see that, in accordance with all his other work, on top of the firm scholarly base was a very well-written text which had a sense of quirkiness and strong opinions. All that was needed was to abridge it down.

But we wanted to include American poetry too – after all, at least since the start of 20th century (and occasionally before) poetry from America had influenced poetry in the UK, as well as vice versa.

So, Peter incorporated a very useful and apposite overview of poetry from America too… and we went slap bang into that problem of the title. Should it be The History of Poetry in the English Language? It is more correct and describes more precisely the content… but it didn’t trip off the tongue. Did The History of English Poetry say it all?

In the end, we stuck with simplicity, and invited Derek Jacobi into the studio to read the narrative. David Timson had agreed to doff his reading hat and don his producer/director hat, organise the hundreds of poetry extracts (some from our extensive back catalogue and many newly recorded by a team of four) and work with Sir Derek in the studio.

Now, Derek is one of England’s finest readers, particularly, I feel, in a script of this kind. As a classical actor, English poetry is deep in his bones, and so first and foremost he could convey a personal enthusiasm. And, when the occasion demands, he can deliver illustrative lines in a natural manner that is second to none.

He lives just 20 minutes walk away from Motivation Studio where most of Naxos AudioBooks recordings take place, and loves to work there… ambling down the hill from Hampstead early in the morning, and settling in the studio for a day’s (in this case, two days) reading.

But when you listen to this recording – and I urge you to do this – you will I am sure realise that this is much more than a quick and slightly predictable overview of the subject. It is one of the most stimulating texts we have ever presented: the combination of Jacobi and Whitfield has brought exceptional clarity, sheer enjoyment and a sense of discovery to the history of English poetry. 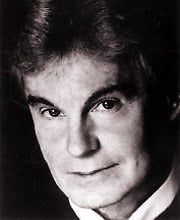 This is no list of the stepping stones. The big poets are all there, of course; but so are many minor ones. Time and again Whitfield urges one to look more deeply into poets ‘whom only scholars study now’. He makes a case for Spenser’s The Faerie Queene, a particular favourite of mine since John Moffatt recorded selections for us a decade ago; he digresses into an Elizabethan translation of Virgil by one Richard Stanyhurst, while pointing out the role played by translations from Greek and Latin; he notes that of the fifty or so figures represented by Johnson’s Lives of the Poets less than a dozen are now known but all fulfilled Johnson’s definition of poetry as the art of “uniting pleasure with truth”.’

With lively strides, Whitfield and Jacobi take us through the successive centuries, dealing always in an interesting manner with the established figures, and often deftly avoiding the trap of quoting the obvious lines in order to make us think afresh… to work a bit harder.

Of course, Keats, Shelley, Byron, Clare (a rather moving section this), Tennyson, Arnold and many more populate the 19th century, but he finds room for Emily Brontë, William Morris and Swinburne’s excesses before leading into the new territory of Gerard Manley Hopkins. He draws a very interesting parallel in life and even art between Hopkins on one side of the Atlantic, and Emily Dickinson on the other… a useful perspective on the development of poetry.

Whitfield agrees with Hegel that ‘inner space’ is the essence of the poetic act. He himself has written poetry all his life, and this commitment to the form has informed this survey.

Seven CDs… eight hours and more… and not a dull moment I assure you!

And I hope this will encourage ventures into our rapidly expanding Great Poets series. I can say that only the other day we were preparing, for release next year, volumes on poets as disparate as Petrarch and Browning…