What is star quality? It is a curious thing – intangible in some respects but absolutely undeniable in others. 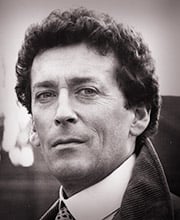 Successions of amazing readers come into the Naxos AudioBooks studio in Hampstead, North London. Many are actors who have spent a lifetime in radio and audiobooks, and are both comfortable and expert in their field. They know how to make a character come alive by the smallest nuance of expression; they have a deep understanding of the relationship with the microphone – you can see that by the way they look at the microphone when they read, because the microphone is their audience: the microphone is YOU! Each one of you!

They know how to pace a 6 or 8 day reading and how to maintain tension over a long curve of time. They are distinctly aware when they have read something that is not completely accurate, or not perfectly pronounced, and they will stop themselves and repeat it, often before the producer gets his finger on the button.

And then there are stars.

They come into the studio and seem to fill the space more completely. There is a different vibrancy. A few are very experienced readers, having always maintained their love for radio/audio, and they know what they are doing. Most benefit from a little technical help from the producer’s box.

But not Simon Callow or Robert Powell. Here are two actors who, with that indefinable star quality, recently came into our studio and made their personality felt. It is not arrogance or superiority in any way: they just know their place.

Many years ago, Robert Powell recorded The History of Classical Music and The History of Opera for us, but now he has put his talents to something entirely different: Alan Garner’s Boneland. This is the long-awaited sequel to the two children’s novels, The Weirdstone of Brisingamen and The Moon of Gomrath, written in the late 1950s and early 1960s. These were read for Naxos AudioBooks by Philip Madoc, who sadly died in March this year. Powell is a long-standing friend of Alan Garner; he knows his work well, and he recorded Boneland just as the author imagined it! 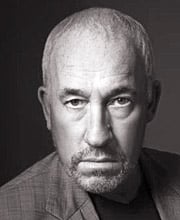 Simon Callow also has a very close relationship with his favoured author – though in this case, neither one has met the other! But for many years, Callow has read the work of Charles Dickens, written about him, and co-ordinated shows about the author and his characters. He has now recorded a volume of selected Dickens letters.

The recording was hugely memorable. Charles Dickens: A Portrait in Letters is a four-hour compilation by David Timson, who is another Dickens expert. The selection looks at the voluminous correspondence by the author, covering his friendships, his work, his travel, his philanthropic causes, his love for the theatre, and other topics.

From the moment the green light went on, both Callow and Timson had a delightful time. This month, Simon is in London with his one-man show The Mystery of Charles Dickens and, if you have the fortune to witness him fill the Playhouse Theatre on his own, you can only imagine what he achieved in our little studio! Indeed, you can hear the result on the recording: his personality seemed to burst through the studio doors!

Then, during the recording, there would be a little break, and he and David (who was producing) would discuss some aspect of Dickens’s life or his work. Often it would be an obscure detail that would delight them both, and though there are sides to the author that neither would actually condone, they couldn’t disguise their admiration for the writer and the man!

Simon read as if he were Dickens, and in fact he has become Dickens for many people in the 21st century. It was appropriate, therefore, that having recorded all the major novels unabridged, Naxos AudioBooks should close the Dickens anniversary year with A Portrait in Letters, with Charles Dickens living again, through Simon Callow.