George Henry Cadogan, the fifth Earl Cadogan and an eminent Conservative politician in the closing years of the 19th century, once said: ‘Never go abroad. It’s a dreadful place!’ 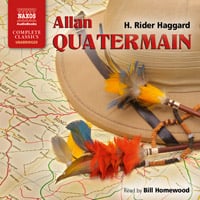 Of course, the British have, for centuries, been happy to cross the Channel whether prompted by commerce, religion, exploration, fortune or simple curiosity.

Inevitably, their attitudes, once they had left their native land, varied according to temperament and the time. They could go native by indulging in derring-do or, at the other extreme, they could remain aloof and maintain home-grown customs, such as dressing in tails for supper even if they were under canvas on the veldt.

This month, two books convey very different portraits of the Englishman abroad. H. Rider Haggard was virtually contemporaneous of the aforementioned Earl Cadogan, but what a different breed he was. For seven years he lived and worked in South Africa, mainly in the colonial service, where, as is quite evident from the novels that came later, he was deeply impressed by the lives and environment of the Natal and, in particular, the Zulu nations.

His approach was grounded in the traditional Victorian view of the White Man’s Burden, which is expressed in Kipling’s poem of the same name. However, much in the same way as Kipling himself, his outlook was not without respect and admiration for the indigenous people he found in South Africa.

King Solomon’s Mines (1885) was an immediate success and has never been out of print. Two novels followed it in 1887: She, and Allan Quatermain, a sequel to King Solomon’s Mines. Bill Homewood, our Rider Haggard reader, is one of the most dramatic and engaging of readers on the Naxos AudioBooks roster and has now recorded Allan Quartermain. It is a thrill from start to finish! If you read these when you were younger, I am sure you will enjoy every minute of the return journey. If you didn’t encounter them because the vagaries of fashion wiped them from the list of PC-approved books, yet you like adventures and want a break from CGI or fantasy, then please try them! 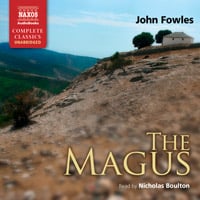 By the 1960s, of course, the Englishman abroad meant something rather different. Certainly John Fowles touched a core nerve with The Magus, in which a young Englishman, Nicholas Urfe, travels to a Greek island to teach in a school. The school supposedly follows English public school values, but what happens to the protagonist is enveloped in mystery, magic and that heat-haze engendered by the blue sea, the blue sky and the parched landscape.

By that time, just before the Beatles gave overt expression to sex and self-discovery, the Englishman was no longer certain of his purpose or his destiny. Often, when he went abroad, he was all at sea. He had been brought up in an emotional English straitjacket with mores that got his forebears through the War. However, it was no longer relevant and it was soon time to decompress, to reboot, but he didn’t quite have the language with which to do it. The Magus helped. With the help of half-digested mysticism, a dash of a new psychoanalysis, and the occasional support of chemical stimulants, John Fowles provided a maze for the individual to escape into.

Curious things happen in the novel: twins appear, sometimes dressed as Greek goddesses, sometimes naked, near and afar, and the after-effects of Nazi terrors during the Second World War inexplicably seem to cross the line into a new reality. Behind all this is the Magus himself. He is a strange, seductive, manipulating figure with a past that Urfe desperately tries to unravel. But what is Urfe, the Englishman, doing in all this uncertainty? Nicholas Boulton gives a masterly reading that catches the mood of that time.

It must be said that Allan Quatermain would have had none of it. He would have picked up a shotgun or an assegai if there was one nearby and just got to the bottom of it in one foray.

Life was so much simpler then. But both would probably have given Earl Cadogan a good ducking.