The Go-Between: A Coming-of-Age Story 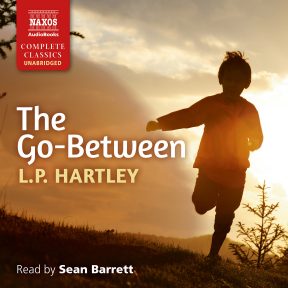 ‘The past is a foreign country: they do things differently there.’

This much-quoted sentence which begins L.P. Hartley’s The Go-Between goes directly to the heart of the novel. Leo Colston, now in his early sixties, tells of a summer spent at Brandham Hall, the home of his schoolfriend Marcus – his reminiscences triggered by reading his diary from the time. We meet the older Leo at the beginning and end of the book (which neatly book-end the main story), and he cuts a somewhat melancholic character – caused, we surmise, by the events in that childhood summer.

There are a number of themes which run through the novel. Inevitably – given the story is set in England in 1900 – one is that of class. Marian Hawkgsley, Marcus’s elder sister, is betrothed to a disfigured hero of the Boer War, Lord Trimingham (a step up for her and her family), but is having a secret affair with a tenant farmer, Ted Burgess (at this level there is an obvious parallel with Lady Chatterley’s Lover, except that the young Leo, inadvertently at first, becomes an accomplice in that liaison, which adds an additional dimension in comparison to Lawrence’s story). There are points when the established social order creaks – most notably in the cricket match between Brandham Hall and ‘the village’, which, in many ways, marks Leo’s coming of age (his catch resulting in Ted Burgess’s dismissal and victory for the Hall).

Leo Colston tells of a summer spent at Brandham Hall, the home of his schoolfriend Marcus

Despite the frequent displays of middle-upper class snobbery by the Hawksleys, the twelve-year-old Leo seeks acceptance by the family and, most of all, Marian. This he achieves, up to a point, but only while he is of use as messenger, not only between Marian and Ted, but also between her and Lord Trimingham (who gives him the nickname Mercury). The very end of the book sees the older Leo about to deliver one last message for Marian.

Leo’s journey into adulthood is accelerated by what happened in the summer of 1900 – and the boy begins to show a sexual curiosity. He and Ted fall out over the farmer’s initial refusal to tell him about ‘spooning’ – resulting in Leo writing to his mother and asking if he can come home, thus leaving Brandham Hall prematurely. The repeated references to the weather – the summer is particularly hot – provide an additional backdrop to the action, culminating in a thunderstorm, during which the story concludes with tragedy.

The spectre of World War I looms throughout and we learn from the older Marian that her two brothers and son were all killed in the conflict: ‘…they were the fault of this hideous century we live in, which has denatured humanity and planted death and hate where love and living were.’ Despite the pessimistic mood at the end of the book, there is a sliver of hope in the person of Marian and Ted’s grandson, who may find happiness by marrying the ‘Winlove girl’ – facilitated by Leo’s final act as a messenger.

In our new recording of The Go-Between, Sean Barrett brilliantly captures the sadness of the older Leo looking back at events half a century ago. His understated reading is perfectly suited to the telling of this poignant story.