The Story of Naxos

Twenty-five years ago, the first Naxos classical music CDs appeared in a hypermarket in Paris. There were some 30 titles of popular classics: orchestral works by Mozart, Beethoven, Tchaikovsky and others. At a time when CDs were still new, posh and very expensive, these Naxos silver discs, produced by a company in Hong Kong, came at a budget price yet contained fresh, digital recordings. It was the start of a very extraordinary story – a new era in classical music.

These budget CDs flew off the shelves and within a short time they were on sale in shops all over Europe. At first, the major, established classical record labels, with their top-price selling star conductors, pianists and singers, took no notice and even when they saw those white CDs, with extremely straightforward covers, take up an increasing amount of space in the record shops, they ignored them. By the time they decided that this was a phenomenon which needed to be addressed, it was too late. 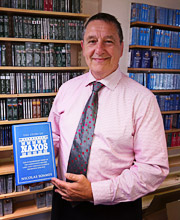 Nicolas Soames with The Story of Naxos

In the years that have elapsed since 1987, Naxos has become the leading provider of classical music – not just as a label but as an innovative digital services provider.

Naxos is best known for its CDs, of course – not just popular classics at extremely affordable prices, but also rare and imaginative repertoire, both old and new. The performers are increasingly musicians with international reputations – conductors and orchestras from all over the world – and still the CDs sell at very low prices, although they are comparable to those released on full price labels.

What is not so widely known is that Naxos, with its own distribution companies in Europe, North America and the Far East, has become the leading distributor of classical music throughout the world, looking after other labels, both independents such as Chandos, Hyperion and Bis, and ‘majors’ such as Warner and Sony.

Equally groundbreaking has been the lead Naxos commands as the primary provider of classical recordings through digital media. The Naxos Music Library is a streaming service which now serves almost every major university and conservatoire department in the world. Students can log on and listen to anyone of 70,000 CDs and nearly 1 million classical tracks – not just from Naxos but from hundreds of other labels – 24 hours a day, seven days a week. Among recent labels to join the ‘NML’ is EMI, one of the largest international classical labels. By the way, the NML is available to individual subscribers also: for a modest annual fee, you can also access all of this music, 24/7.

There is also ClassicsOnline, a classical download service which, being primarily for classical music, offers many ancillaries, such as booklet notes and extensive information about the music and musicians, something not available from other leading digital providers.

And, not to be forgotten, there is the Naxos Video Library, offering operas, ballets, concerts and an increasing number of theatre productions.

Naxos AudioBooks is part of this remarkable collection of cultural content. Started by Klaus Heymann and myself, it launched (with Paradise Lost read by Anton Lesser) in 1994, seven years after the first Naxos CDs. Its purpose was to provide classic literature with classical music on CD and cassette and that was exactly what it did for the first few years. Increasingly, the years have seen a progression towards digital delivery, and the move from abridged recordings to unabridged recordings. All this content is also available via the streaming service, the Naxos Spoken Word Library the sister label to the Naxos Music Library. 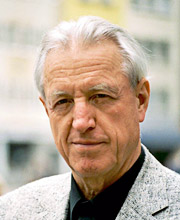 Before Naxos AudioBooks, I was a classical music journalist, and wrote many articles about the growth and enterprise of Naxos. And though, over the last 18 years, my main focus has been the audiobooks, I have watched the expansion of the Naxos company with continuing interest. As the 25th anniversary approached, I felt the story should be told – and, when no one else picked up that particular ball, I started to research and write it myself.

That was 18 months ago, and this month, coinciding with the start of the worldwide 25th anniversary celebrations, The Story of Naxos is released by Piatkus. It comes as a hardback (£20), as an ebook (£9.99) and as an enhanced ebook (with 33 music and audiobook tracks – £10.99).

I wanted to present as full a picture of Naxos as possible. This means, of course, a portrait of Klaus Heymann: his personal history, his personality, and the stepping stones which led to his multi-million pound classical music empire. On the one hand, he is a man who, at 75, is still deeply in love with classical music; on the other, his considerable business acumen is coupled with an uncanny ability to spot the key forthcoming trends.

But he always says that Naxos was built not just by him, but by the musicians, the producers and engineers, the distributors, salesmen, press and marketing personnel who have been involved over the years. So I set out to talk to many of them across the world: in Hong Kong where it all began, in Europe, Japan, the US, Australia, in fact everywhere where Naxos music has been recorded and where the CDs – and now digital files – have been sold.

Naxos AudioBooks is part of that story, of course. But it is just one chapter in a much bigger volume, and if you also love classical music, and have ever wondered how Naxos has gone from a standing start to a leading position in classical recording in a quarter-century, I think you will enjoy this book!

Who knows – maybe in the future!