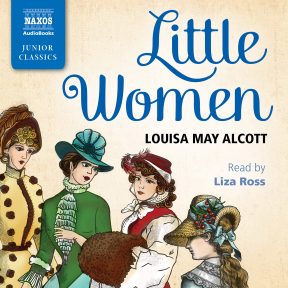 The Christmas period brought with it its fair share of adaptations – for both the small and big screens – of classic books. The new adaptation of Little Women, a book that had been made into a film six times previously, was released in cinemas just after Christmas. Anyone supposing that yet another dramatisation of this ever-popular book could be nothing other than superfluous would be much mistaken and director Greta Gerwig, through her effective and intelligent non-linear narrative, has produced a very fine re-telling.

While Little Women has met with an overwhelmingly positive critical reception, other dramatisations courted controversy from viewers and critics alike. In the UK, the week before Christmas saw a new adaptation of Charles Dickens’s A Christmas Carol, produced by the team responsible for the hit TV show Peaky Blinders. A Christmas Carol is another book which has been adapted for film several times, but it was to be expected that this version would be dark – and, in this respect, it didn’t disappoint. The production also added a back story and certain other elements to Dickens’s original work. Whether these enhanced this ‘re-imagining’ is for individual viewers to judge, but Ebenezer Scrooge didn’t seem very much happier after his redemption than before it.

‘Re-imagining’ aptly describes the BBC’s new production of Dracula, another book that has been turned into many films – indeed, the Transylvanian Count features in over 200 movies – and counting! The team behind the latest adaptation were Steven Moffat and Mark Gattis, who were also behind the popular recent Sherlock programmes. As with Conan Doyle’s detective we knew that Bram Stoker’s novel was in for a major makeover – and so it proved, to both plaudits and howls of disapproval.

What you hear is simply what the author wrote

There are many ways of telling a story and, primarily, a film or TV adaptation is interpreting a narrative. From a perspective of running time alone there has to be an enormous level of selectivity of what original elements are excluded when the original screenplay is being written. Additionally producers inevitably will add their own interpretation and texture, and often themes, to the production. So A Christmas Carol encompassed almost unremitting bleakness while Dracula took a tongue-in-cheek approach, updating the conclusion of the story to modern times.

Two new dramatisations of children’s classic books based on the scarecrow Worzel Gummidge hit UK television screens the day after Christmas. These productions, unlike the much-loved TV series of the 1980s, were actually based on the original books by Barbara Euphan Todd – but added several modern themes, most notably frequent references to climate change. Beautifully produced, these provided satisfying family viewing over the holiday season, but – more than that – they enhanced the original stories while remaining true to them.

What we emphatically do not do at Naxos AudioBooks is ‘re-create’ or ‘re-imagine’… The author’s original text is completely respected and followed. The creative element lies in the reader’s interpretation and performance of the text and, in the case of fiction, their voicing of the characters. Other than that it is for listeners to derive whatever they will from the audiobook… But they can be sure our unabridged recordings have nothing added or taken away. What you hear is simply what the author wrote.