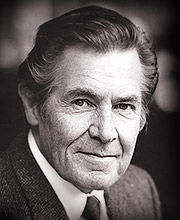 Derek Waring has worked extensively on stage across the UK and the world, including numerous appearances on London’s West End. He also appeared with the RSC in the Wars of the Roses trilogy. His TV credits include Z Cars, After Henry, and Never the Twain and he has appeared in the films Ivanhoe and Indian Summer.