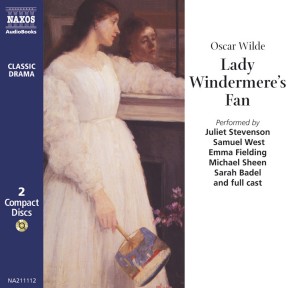 Oscar Wilde’s first play confronts the hypocrisy of public ‘morality’ compared with genuine, private kindness. When it opened in 1892, Lady Windermere’s Fan was an instant success and now, a century later, it continues to be revived frequently. The reasons for its popularity are not difficult to identify the play’s witty dialogue contains many of Wilde’s most quoted aphorisms, its stylish setting provides opportunities for elegant presentation, and its cast of memorable characters play out a story which is genuinely moving. This new audiobook production brings together a cast worthy of Wilde’s creative genius. 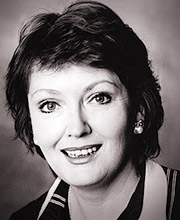 Sarah Badel trained at RADA. Shehas worked for the Bristol Old Vic and Royal National Theatre Companies, and other theatres across the UK and on Broadway. Her long association with the Chichester Festival has included various productions, most notably Heartbreak House. TV credits include Cold Comfort Farm, Cadfael and The Tenant of Wildfell Hall and she has appeared in the films The Shooting Party and Not Without My Daughter.