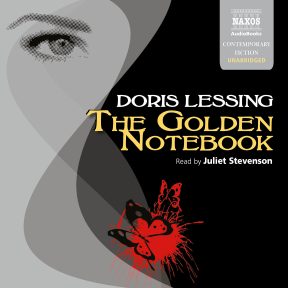 One of the most important books of the growing feminist movement of the 1950s, it was brought to a wider public by the Nobel Prize award to Doris Lessing in 2007. Authoress Anna Wulf attempts to overcome writer’s block by writing a comprehensive ‘golden notebook’ which draws together the preoccupations of her life, each of which is examined in a different notebook: sources of her creative inspiration in a black book, communism in a red book, the breakdown of her marriage in a yellow book, and day-to-day emotions and dreams in a blue book. Anna’s struggle to unify the various strands of her life – emotional, political and professional – amasses into a fascinating encyclopaedia of female experience in the ‘50s. In this authentic, taboo-breaking novel, Lessing brings the plight of women’s lives, from obscurity behind closed doors, into broad daylight. The Golden Notebook resonates with the concerns and experiences of a great many women and is a true modern classic, thoroughly deserving of its reputation as a feminist bible. A notoriously long and complex work, it is given a new life by this – its first unabridged recording. 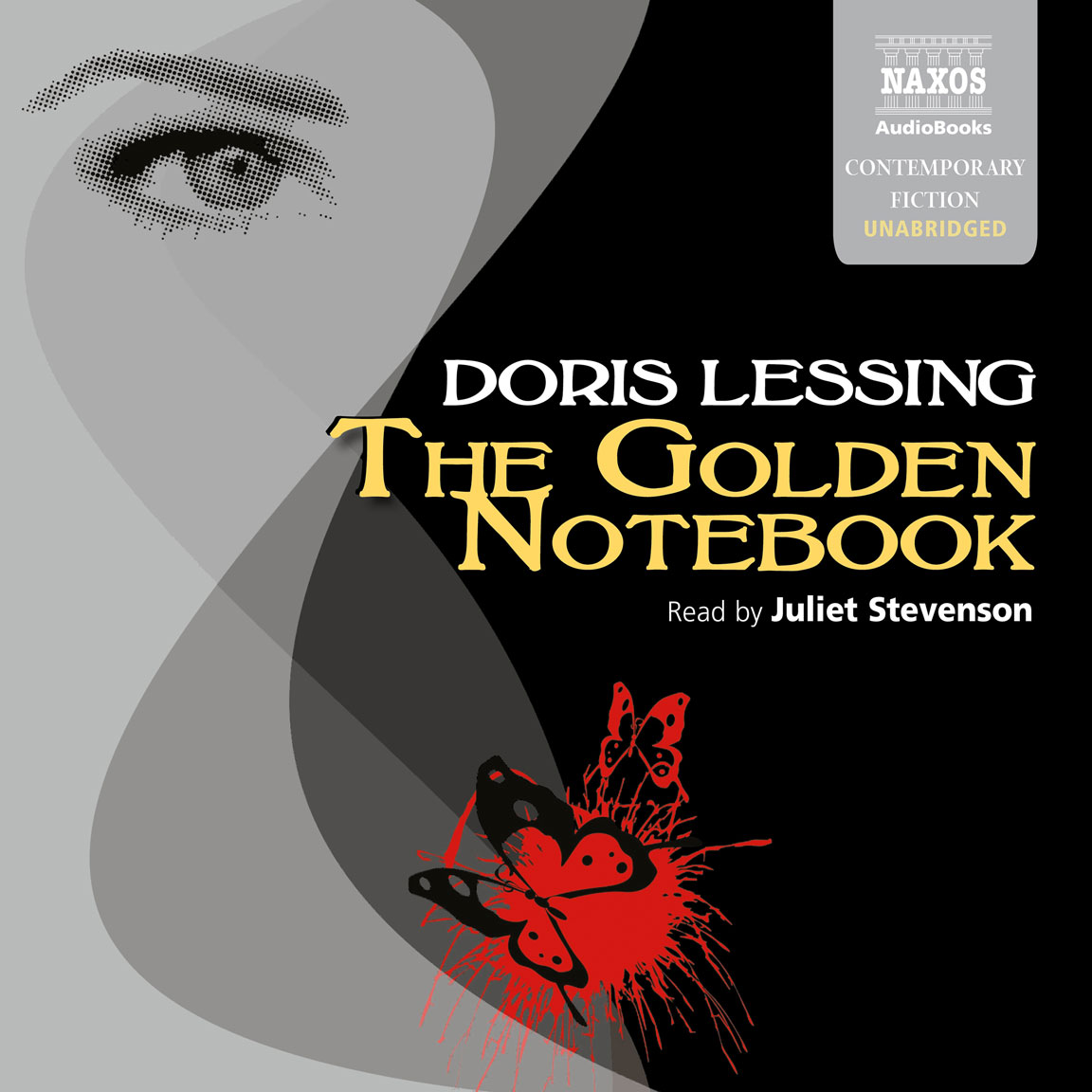 First published in 1962, Doris Lessing’s brilliant work defined a generation of women disillusioned by a world that relegated them to second-class citizenship. Lessing’s book became a “feminist bible” for women of the ‘60s, taking on the ideas of female sexuality, professional responsibility, friendship, political disenchantment, and personal betrayal. Juliet Stevenson gives a no-nonsense yet deeply sensitive portrayal of writer Anna Wulf, who is trying to keep herself from falling apart by keeping four notebooks—black for her writing experiences, red for her politics, yellow for her relationships and emotions, and blue for daily accounts. As Anna explores her life, Stevenson’s sharp, intelligent narration clarifies each thoughtful comment, each personal failure, and each triumph. Stevenson’s impeccable performance makes Lessing’s literary classic a timeless treasure.

The publication of Doris Lessing’s The Golden Notebook in 1962 was a defining moment in the history of feminism, and of a great deal else. It opens with an extraordinary dialogue between two women that continues, with interruptions, for almost half an hour, and goes on to incorporate considerations of African nationalism and the history of Communism in the UK. Various ‘notebooks’ are interleaved with the main story, culminating in the ‘golden notebook’ of the title.

Earlier this year, to mark the 50th anniversary of the book’s publication, the Guardian asked a number of women writers to comment on the effect the book had had on their lives. Most said it had been considerable, while one nevertheless noting an implicit homophobia, and another a rather tiresome didacticism.

But it’s read with particular distinction on Naxos by Juliet Stevenson. She captures innumerable tones of voice, from anger to bitchiness to plain historical recollection. It’s a long haul, of course, and, as Maugham says on his YouTube interview, not many long novels are without their boring passages. Even so, this is a reading to treasure, as well as a book to remember with respect.

Doris Lessing is not a comfortable writer. Her life has been dedicated to examining the received wisdoms of her age and concluding that they aren’t wise and shouldn’t be received as such. Having recognised these evident facts, she has set about exploring them through powerfully autobiographical writing that has startled, alarmed, amazed and frequently irritated. The irritation of course is because she refuses to do what she is expected to do, even by those who might have thought she was on their side: some who reviewed her early novels favourably were irritated by her decision to write science-fiction; and those feminists who admired her fearless exploration of gender inequalities were annoyed by her refusal to be a poster-child for them.

Doris Lessing is used to this. She has refused to allow the standard morality to determine her moral choices, and the result has often been ostracism, either by others or self-imposed. Stultified by her mother’s attempts to give her an upper-middle-class Edwardian upbringing while living on a farm in Southern Rhodesia, she ran away from home at 15. Determined not to be trapped into a state of impotence by marriage and motherhood, she divorced her first husband, leaving him and their two children. Disillusioned by the Left in Africa, she divorced her second husband and moved to London with their child. By 1956 she had been prohibited from Southern Rhodesia and South Africa for her outspoken opposition to apartheid and nuclear arms. In the UK and America she was criticised for arrogating to women the rights of men – the right to read freely, think freely, act freely and have sex with whomever you choose.

While it was
championed
as a feminist
work, it is also
a triumphant
piece of literary
invention

She was born in Persia, now Iran, to British parents who had met when her father, who lost his leg in the First World War, was recovering in the hospital where her mother was a nurse. He was a clerk in the Imperial Bank of Persia at the time of Lessing’s birth in 1919, but the family moved to Southern Rhodesia (now Zimbabwe) five years later in the hope of making a new life as farmers. Lessing’s childhood was largely miserable, and not just because of the vast distances between their farm and any of the neighbours’. The maize farm was a failure, but worse was Lessing’s being sent away aged 7 to a convent school, where she was profoundly unhappy. She was no happier at a girls’ high school and she left it at the age of 14. Already deeply attached to reading, she continued to educate herself through classic literature – and after leaving the potentially suffocating atmosphere of her home she supported herself in various jobs (including telephone operator and nursemaid, where she was ineffectually wooed by her employer’s brother-in-law). Frustrated in almost every regard, she married Frank Wisdom, a Civil Servant, but after the birth of their two children, she realised she was in danger of falling into precisely the kind of life she so wanted to abjure, and so divorced him.

Intelligent and socially aware, she was drawn to politics, particularly the Left, and this brought her into contact with other intellectuals. One of them was Gottlieb Lessing, whom she met through the Left Book Club and married in 1945 despite not liking him very much. By him she had another child. When that marriage ended, Lessing left Africa for the United Kingdom, bringing her son with her, and set up home in London intending to make a living as a writer. By the age of 30 she had forcefully determined her own destiny on several occasions despite the social expectations and considerable obstacles of the time. She was to stay in London where, for all the claims of greater freedoms, the ingrained attitudes of the previous generations were showing no external signs of dying out. It is this world which is the immediate backdrop to The Golden Notebook, and there is plenty of autobiographical material in the finished novel. She was a member of the British Communist Party until 1956, for example; and Willi bears more than a passing similarity to Gottlieb.

Indeed, much of her work is pro-foundly autobiographical, reflecting not just the worlds in which she grew up – wrenched by wars, empire-building and clashes of civilisations – but also the worlds within her. Initially, the broader geographical context was most noticeable. She arrived in London with the manuscript of her first novel The Grass is Singing, a critique of the white civilisation in Africa, and followed it with a collection of short stories touching similar themes, and with the opening novels in The Children of Violence sequence. The heroine in these novels showed many of the traits that would become familiar to Lessing’s readers – a strong, complex woman, one who is engaged, active, seeking a better world politically and socially, and searching the layers and alternative personalities that make up her character.

The Golden Notebook, published in 1962, has something over and above this. While it was championed as a feminist work, sniped at for being anti-men, lauded for its sexual (even biological) explicitness, criticised for its criticisms of social inequities, and is again deeply autobiographical, it is also a triumphant piece of literary invention. There are layers upon layers of authors, contexts, realities and self-referential meta-textual games – a fictional character keeps detailed notebooks, including one which is a novel in which a fictional character is very like the fictional character in the fictional book… and so on.

The structure is brilliantly original, if relatively straightforward to describe: there is a short novel called Free Women, about Anna Wulf and her friends. This story is broken up by a series of excerpts from Anna’s various notebooks, each one of which is colour-coded. The notebooks cover every aspect of her life – personal, professional and political. This combination of structural invention, social questioning, political engagement and frankly honest self-analysis gave the book its immediate impact, opening a closed world of feminine intelligence and sexuality to the wider world. But the theme of the fractured self, reflected in the book’s structure as much as in its content, and the examination of the fragmented nature of the personality have had at least as lasting an effect.

Doris Lessing is one of the most prolific authors of the 20th century, and she has received awards from all over the world. Her work includes multi-volume sagas and short stories; poetry, novels, plays and opera librettos; reviews, essays and memoirs; non-fiction, science fiction, books on cats – and of course autobiography (directly or otherwise). Alfred and Emily (2008), which she describes as her final book, is another kind of indirect autobiography, a fictional book about her parents, and how they were formed and forged by war. Doris Lessing is still questing, crusading and exploring her past, herself and her imagination in search of truths about ourselves and our world – whether they are comfortable or not.