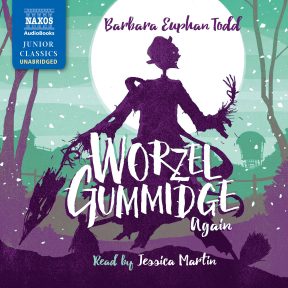 With his turnip head and broomstick legs, Worzel Gummidge, now married to Earthy Mangold, is back for another series of adventures. In his own inimitable way, Worzel takes on roles as a schoolteacher, handyman and policeman, each with a chaotic outcome. The second of the Barbara Euphan Todd Worzel novels, Worzel Gummidge Again was first published in 1937. 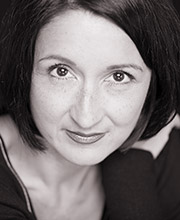 This complete and unabridged Naxos audiobook is deftly narrated by Jessica Martin, making listening to it a true ‘theatre of the mind’ experience for children of all ages. It will prove to be an enduringly popular addition to family, school and community library audiobook collections.

A lifeless object coming alive is a common theme in children’s fiction, from Pinocchio to Toy Story

A few years later, Todd was contributing stories to the BBC’s magazine radio programme Children’s Hour and was asked to adapt her scarecrow story for the show. Thus, The Scarecrow of Scatterbrook was first broadcast in December 1935. The part of Worzel Gummidge was taken by Hugh E. Wright, who was the dedicatee of the book, which was finally published, largely due to the popularity of the early radio broadcasts, by Hollis & Carter in 1936. The book was later republished as Worzel Gummidge by the new imprint Puffin Books and was its very first title. Reception for the book was warm and enthusiastic, with Punch calling it ‘perfectly delightful’.