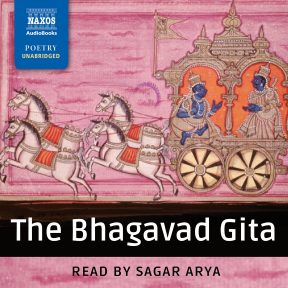 Sanskrit for ‘Song of the Lord’, the Bhagavad Gita is a 700-verse Hindu epic that constitutes part of the faith’s vast cornerstone work, the Mahabharata. The book provides timeless truths and indispensible advice for believers trying to overcome internal tensions, doubt and indecision. The teachings are conveyed in the form of a dialogue between the Pandava general Arjuna and the deity Krishna, who helps Arjuna understand his position in the Kurukshetra War, and guides him towards the right course of action. The Gita’s treatment of duty and devotion has inspired many, including the peaceful activist Mahatma Gandhi, who referred to it as his ‘spiritual dictionary’. 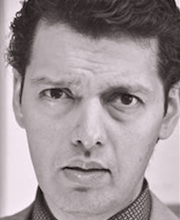 Sagar Arya is an actor and voice-over artist from India. His television credits include Endeavour, Rillington Place, Cucumber, Lewis, A Touch of Frost, Hunted, Spooks, Casualty and Holby City. He appeared as Claudio in RSC’s Much Ado About Nothing, as well as Twelfth Night (West End), The Great Game (Tricycle) and A Fine Balance (Hampstead). He has also recorded a number of audiobooks including An Era of Darkness and The Sialkot Saga.