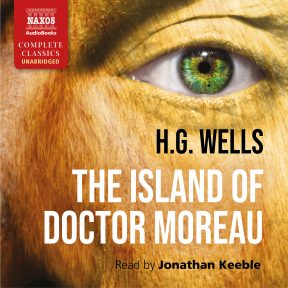 H.G. Wells was certainly not an opponent of scientific progress. He had a background of training in biology and as a science journalist. However, he was all too aware that progress brings with it ethical questions. At the heart of The Island of Doctor Moreau is the issue of vivisection – a relatively new development in late Victorian England.

The novel was published in 1896 at a time when there was strong and vociferous campaigning against animal vivisection in England. It had been described as a ‘moral contagion’ and the public outcry was not abated by the testimony of the Austrian vivisectionist Emmanuel Klein before a Royal Commission, to whom Klein admitted seldom using anaesthetic in his experiments on animals.

In Wells’s novel, Moreau’s island, on which our narrator Edward Prendrick finds himself after a shipwreck, serves as the setting for an insane vivisectional experiment. Gradually, it becomes clear what is happening on the island as Moreau, having been shunned by mainstream society, tries to make human beings out of animals (creating the Beast Folk), not only through grotesque surgery on their bodies and brains, but also through teaching them to repress their animal instincts through the repeated recitation of his Law:

The novel still carries a potent message for us today

Moreau’s masterplan is destined to crash and burn, and Wells presents the experimentation as utterly devoid of any kind of benefit.

Despite the outcry with which Darwin’s On the Origin of Species had first been received on its publication in 1859, its theories came to be accepted more broadly – particularly the idea that the human race was continuously evolving. By the 1880s, however, there was the idea that it was possible for the human race to just as easily regress. The novel certainly owes much to Darwin and the idea that humans and animals are not as distinct as many of that period would have liked to believe. This rather disturbing thought is reflected at the end of The Island of Doctor Moreau where Prendrick, rescued and back in England, feels increasingly alienated from other humans:

…and even there, such as was my disturbance, it seemed that the preacher gibbered Big Thinks even as the Ape Man had done; or into some library, and there the intent faces over the books seemed but patient creatures waiting for prey.

Prendrick cuts a somewhat sombre figure on his return to England (he goes on to move out of London and into virtual self-isolation where he studies chemistry and astronomy), finding peace – and hope – in the stars. The novel, with its core theme of the fine line between the progression and regression of humanity, still carries a potent message for us today.