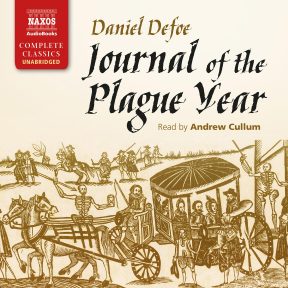 Journal of the Plague Year

First published in March 1722, 57 years after the event that struck more than 100,000 people, Journal of the Plague Year is a compelling portrait of life during London’s horrific bubonic plague. Through the eyes of H.F. (speculated to be Defoe’s uncle, Henry Foe, from whose journals the book was supposedly adapted) we witness great grief, depravity and despair: crazed sufferers roam the streets, unearthly screams resound across the city, death carts dump their grisly loads into mass graves, and quackery and skullduggery feed on fear. But there is kindness and courage too, as mutual support and caring are upheld through the worst of days. Defoe’s Journal is considered one of the most accurate accounts of the plague, and includes many contemporary theories about the disease, along with rolls of the dead and a literary mapping of London, street by street, parish by parish. It is a fascinating and intimate account from one of the earliest proponents of the novel. 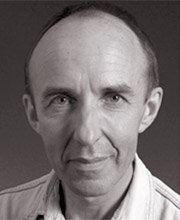 Andrew Cullum has worked extensively in theatre. His roles range from Richard III, on national tour, to various Pantomime Dames at Christmas. He has narrated numerous audiobooks, many of them thrillers or historical fiction. He has also written and produced his own play, The Panto Girls, and written a novel, Lights Burning Blue.

Andrew Cullum’s narration enlivens Defoe’s historical novel about the 1665 plague in London. While Defoe was not an eyewitness, he re-created a realistic picture of the period through his own research. The novel relies heavily on the first-person narrator, who recounts his observations during the plague. Because of this, there is not much opportunity for Cullum to do vocal characterisations, but he maintains listeners’ interest without them. This is quite a feat since there are parts of the novel where Defoe painstakingly lists statistics. Cullum has a deep, resonant voice, and he clearly articulates Defoe’s writing. Although he maintains a serious tone, his pleasant cadence carries the listener through this gruesome account.