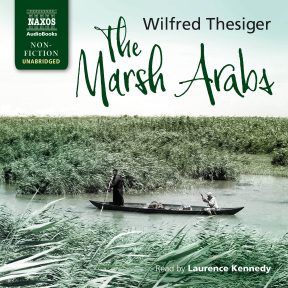 For a period of seven years, Wilfred Thesiger canoed through the marshes at the confluence of Iraq’s Tigris and Euphrates rivers, living among the native Madan tribes and their islands made of reeds. Now extinct, their ancient way of life is speculated to have existed for 5,000 years, going back to the days of ancient Sumer, and possessed a unique culture found nowhere else in the Middle East. Thesiger documents the tribes’ conflicts, traditions, cuisine, relationships, justice systems and art, and reveals how they built their unique water-borne society, with its beautiful canoes (taradas) and stately guest houses (mudhifs) – it is a remarkable familiarity gained through Thesiger’s innate understanding of tribal ritual and etiquette, and the trust he earned through the use of a basic medical supply kit that he brought along with him. Poetic and immersing, The Marsh Arabs brings alive the sights, sounds and smells of the marshes, and a culture that has now vanished forever. 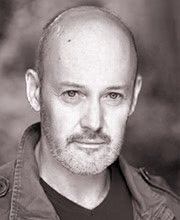 Laurence Kennedy’s theatre credits include Communicating Doors, An Inspector Calls and Steptoe and Son (West End), and various productions for the Royal Exchange, Chichester Festival, Stephen Joseph and Crucible theatres. His television credits include The Musketeers (BBC), Upstairs Downstairs (BBC), The Hour (BBC), Close to the Enemy (BBC) and Complicit (Channel 4), and his film work includes Hitler: The Rise Of Evil, Wimbledon, The Rizen and The Imitation Game.

Laurence Kennedy brings appropriate vigour and briskness to the narration of Thesiger’s classic account of living with Arab tribes in southern Iraq in the 1950s. The account is spare, quick moving and unsentimental. Kennedy’s deep voice, crisp enunciation and British accent are engaging, and he renders the sense of the text naturally and unaffectedly while imbuing it with quiet drama and a sense of Thesiger’s intrepidity, openness and humanity. Most of the Arabs come and go too frequently for Kennedy to assign them individual character traits, but he uses gruffness and/or the slightly formal tone of the non-native English speaker to indicate their speech, which works well. Thesiger’s unique record of this vanished culture is well served by Kennedy’s smart, deft performance.