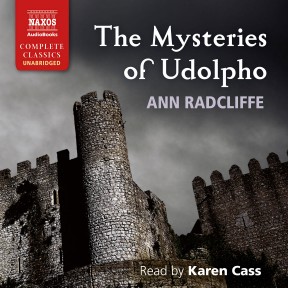 The The Mysteries of Udolpho

Wildly popular upon its release, The Mysteries of Udolpho is a Gothic novel of undeniable charm and power. The virtuous and loving Emily, the young protagonist,  finds herself in the care of her aunt following the death of her father. Her aunt promptly marries the villain Montoni, a cruel and calculating man whose scheming leads him to lock both women in the dark and winding castle of Udolpho. Will they survive to tell of its terrors? 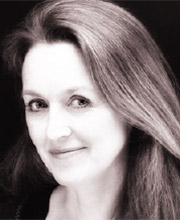 Karen Cass studied French and Spanish at St Catharine’s College, Cambridge (appearing in several ‘Footlights’ productions) before training at LAMDA. She made her professional debut at the Newcastle Playhouse in C.P. Taylor’s Good and has since worked in theatre, television and film all over the country. An accomplished tennis player, having represented GB and still playing competitively both home and abroad, Karen has also worked as a sports reporter for BBC Radio 5 Live, BBC Radio Cambridgeshire and Radio Wimbledon. As an audiobook narrator she has recorded over 120 titles for adults and children ranging from modern and fantasy fiction to classics, mysteries and non-fiction.

Titles by Ann Radcliffe
The The Mysteries of Udolpho (unabridged)