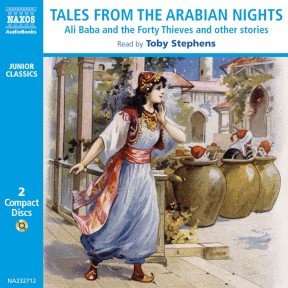 Tales from The Arabian Nights

Toby Stephens takes us back to the world of cunning, adventure, mishap and fun. Sheherezade, night after night, weaves her tales and Aladdin and his Magic Lamp, Sinbad the Sailor, Ali Baba and the Forty Thieves and other tales come alive. The unforgettable music of Rimsky Korsakov sets the scene perfectly. A delightful treat for young listeners. 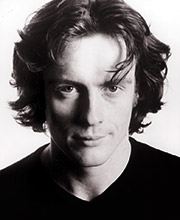 Titles by Andrew Lang
Tales from The Arabian Nights (selections)

This is a gorgeous introduction for young listeners to fine literature, a vastly different time and culture, and enchanting music. Narrator Toby Stephens is dazzling as he presents three of the best-known tales: Aladdin and the Wonderful Lamp, Ali Baba and the Forty Thieves, and The Voyages of Sinbad the Sailor. He skillfully renders the stupendous description, cunning adversaries, and wide-ranging emotion as he spins Scheherazade’s stories. At times, Stephens’s accent has a modern sound that should appeal to a contemporary audience. Both male and female voices are distinct and appropriate to characters’ ages and situations. Rimsky-Korsakov’s stirring music adds vastly to the rich emotion generated by the exotic tales. Listeners of all ages will be enthralled.