The Master and Margarita, the book and the voice

Since we released our first titles in 1994, it has been our intention to present the major footprints of literature, (as well as many byways of course!), and for some years now I have wanted to record Bulgakov’s The Master and Margarita.

This wonderfully quirky satire stands shoulder to shoulder with works as varied as Joyce’s Ulysses, Hašek’s The Good Soldier Švejk, Kafka’s The Trial and The Castle, and other novels that emerged from continental Europe in the years between the two world wars.

The Master and Margarita is a bit of a special case because it wasn’t published until nearly 30 years after Bulgakov’s death in 1940 though he began it in 1928. As entertaining as it is weird and fantastical, the novel had survived rather miraculously, and was justified by its swift acceptance by a world audience and ready adoption into the panoply of twentieth century classics.

Our recording is, as far as I know, the first. We are releasing it as an abridgement on 7 CDs this month, but then in its entirety on 13 CDs in November. We are using the new English translation by Michael Karpelson which, I am glad to say, is absolutely sparkling, maintaining so much of the spirit, as well as the letter, of the original – a particularly difficult task with a novel of this kind. 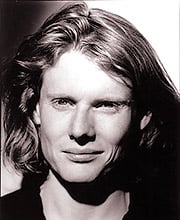 And the pairing of reader Julian Rhind-Tutt, himself a quirky comic, with the novel, proved perfect. To be frank, you never really know, until you actually get into the studio and the light goes on, whether the voice matches the words.

It isn’t a scientific process. Take Jim Norton and James Joyce, for example. He was suggested by his former agent… I was asking for someone else who wasn’t available, and this generous and perceptive agent said that she no longer represented the perfect person to read Ulysses… but I should go for him: Jim.

We have been similarly fortunate in so many of our pairings: William Hootkins and Moby-Dick, Anton Lesser and John Milton and Dickens, David Timson and Mr Sherlock Holmes, Neville Jason and Proust and Tolstoy, Juliet Stevenson and Jane Austen and Virginia Woolf, Martin Jarvis and The Wind in the Willows, Samuel West and Keats, Michael Sheen and Great Poets of the Romantic Age: I am glad to say I could go on!

Sometimes, we make casting mistakes! More often than not, the sheer professionalism of the actors enables them to rise to the challenge, and we have something which is perhaps not ideal but which works. Diplomacy would say that silence should reign here, but I can mention two because we always laugh about it – the first two solo recordings by Naxos AudioBook stalwarts were mis-castings by me.

David Timson is as far from being a Buddhist monk as could be, but he delivered The Middle Way acceptably (with me in the producer’s chair pulling on his dramatic reins the whole way through, yanking firmly on the bit). By contrast, when Neville Jason, urbane, elegant, smooth, came in to read the Gothic nonsense of The Castle of Otranto, I had to apply the whip: ‘Over the top… more… drama!’). We even put a thunderclap at the start, and nowhere in the 1,250,000 words of Remembrance of Things Past is there a thunderclap (as far as I remember – though poor old Marcel goes through one emotional storm after another!)

And then there are the outright mistakes. Sometimes they are evident only to me (perhaps because of personal interpretation), sometimes the actor himself feels the ride was too bumpy to be any good. Sometimes, a very skilful edit saves the day… sometimes we consign the recording to the archives and start again. Here diplomatic silence really does reign!

But, in the case of The Master and Margarita, I commend Julian Rhind-Tutt to you too highly!

The novel, the translation and the actor were all chosen by my assistant at the time, Caroline Waight, who championed the project; she has now gone on to a further music degree (eighteenth-century opera) at Cornell University… Thanks!