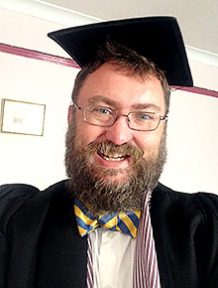 There is something quintessentially English about Tom Brown’s Schooldays. Written in 1857, the novel is set within the English public school system. Both Rugby School and its headmaster Dr Thomas Arnold are depicted fondly and with more than a hint of nostalgia (the author Thomas Hughes had been a pupil at Rugby during Arnold’s tenure). The ‘chumming’ (akin to a buddy system) of Tom Brown and George Arthur is crucial in both boys’ development, both physically and morally (in an overtly Christian vein). Although Dr Arnold only appears intermittently, his ethos pervades the whole book and, indeed, the whole school. This is well reflected by Tom’s father who expresses the hope that a Rugby boy ‘will turn out a brave, helpful, truth-telling Englishman, and a gentleman, and a Christian’.

This particular view of what makes a rounded individual, particularly the emphasis on Christian ethos, may seem at odds with mainstream 21st-century values. In Dr Arnold’s own words his aim was ‘to bring the great principles of the Gospel home to the hearts and practices of my own countrymen in my own time – and particularly to those of my own station in society, with whose sentiments and language I am naturally most familiar.’ Muscular Christianity, a controversial term first coined in the mid-19th century, was further developed by Thomas Hughes in his sequel Tom Brown at Oxford: ‘The least of the muscular Christians has hold of the old chivalrous and Christian belief, that a man’s body is given him to be trained and brought into subjection, and then used for the protection of the weak, the advancement of all righteous causes, and the subduing of the earth which God has given to the children of men.’

The logical application of this sentiment within an educational context resulted in the introduction and encouragement of team games at school. This was valued as developing not only physical strength and health, but team spirit and sportsmanship, thus making a positive contribution to the moral fibre of young men. ‘In the playing fields,’ declared Charles Kingsley, another early proponent of the concept of muscular Christianity, ‘boys acquire virtues which no books can give them.’ Although Dr Arnold himself had little time for such sport, Hughes who himself was a proficient sportsman, took a far more enthusiastic approach. Tom says early in the novel: ‘…that’s why football and cricket, now one comes to think of it, are such much better games than fives or hare and hounds, or any others where the object is to come in first or to win for oneself, and not that one’s side may win.’

The influence of the novel and the muscular Christian movement, of which it was an important part, extended to Pierre de Coubertin and his founding of the modern Olympic Games. President Theodore Roosevelt recommended Tom Brown’s Schooldays as one of two books that every American boy should read (the other being the lesser-known The Story of a Bad Boy by Thomas Aldrich).

Closer to our own time we can see clear similarities between Hughes’ Rugby and J.K. Rowling’s Hogwarts, which incidentally also has a headmaster acting as sage and benevolent counsellor, managing affairs behind the scenes. As one of the masters at Rugby puts it, ‘What a sight it is… the Doctor as a ruler! Perhaps ours is the only little corner of the British Empire which is thoroughly, wisely, and strongly ruled just now. I’m more and more thankful every day of my life that I came here to be under him.’

In our new recording, the acclaimed drama and musical theatre actor Jamie Parker, who recently featured in the Frank Sinatra Prom, gives an absorbing rendition that is fully congruous with the sentiment and tenor of the book. While the modern listener may not sympathise with some of the more didactic aspects of the novel, its importance in our literary history is undeniable.