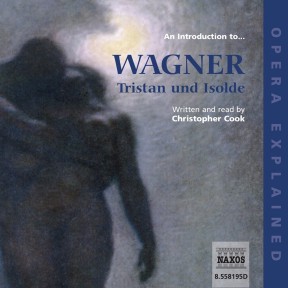 Tristan und Isolde centres around two lovers who dream of romantic love and yearn for oblivion. No composer had written such a work before. Turning his back on traditional tonality, Wagner changed the course of Western music with Tristan und Isolde. But there’s also fact behind the fiction: while he wrote his opera Wagner was in love with another’s man’s wife, Mathilde Wesendonk. So Tristan and Isolde are also Richard and Mathilde. Christopher Cook explores the making of a masterpiece, the story of lovers gripped by a passion that can only be consummated beyond the grave, a forbidden love that is blind to duty, honour and social obligation. 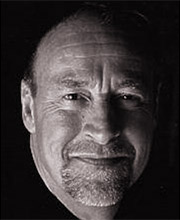 Christopher Cook broadcasts regularly on BBC Radios 3, 4 and 5. He has written and presented Opera on 3 and Morning Performance for Radio 3, and presented Performance on 3 and Prom concerts. As well as reviewing for Radio 3’s CD Review, Christopher writes and reviews for International Record Review, The Gramophone and BBC Music Magazine. His particular musical interests are bel canto and German Romantic opera.

Richard Wagner’s opera Tristan und Isolde is encrusted with myths, and like all myths there’s a grain of truth in each of them. To an extent, the direction of Western art music was changed by Tristan, which accelerated the collapse of traditional tonality; the opera does draw on the composer’s own life and his relationship with Mathilde Wesendonck; and while the premiere performances in Munich in 1865 didn’t, as is often assumed, actually kill the first Tristan, Ludwig Schnorr von Carolsfeld, this is still a work that makes enormous demands on its principal singers, psychologically as well as musically. When one great soprano was asked to name the essential ingredient for singing Wagner’s heroines, she’s supposed to have replied, ‘a pair of sensible shoes’! You need physical stamina as well as a voice in peak condition to tackle the roles of Isolde and Tristan.

At the time, the composer was living in a small house on the outskirts of Zurich on an estate belonging to his new friend, the silk merchant Otto von Wesendonck. He was about two thirds of the way through writing the music for The Ring of the Nibelung, an epic cycle of four operas that literally encompass the beginning and end of the world. The first two – Das Rheingold and Die Walküre – were finished, as were two acts of Siegfried. But with the best will in the world – and when it came to imposing his will on the world and his friends, Richard Wagner had few equals – the likelihood of being able to stage The Ring must have seemed pretty remote. The composer was a political exile from Germany after taking part in the abortive Dresden uprising in 1849 and, in any case, there was nowhere in Germany with a theatre that had the resources to stage what would eventually be over fourteen hours of music drama.

There may also have been psychological problems to be resolved before The Ring could finally be forged. Had Wagner really refined his new musical language sufficiently to explore the deepening conflict between worldly power and human love that becomes the dominant theme of these four operas? And what about the pair of lovers, Siegfried and Brünnhilde, waiting to sing the longest love duet in the cycle in the last act of Siegfried: would the orchestra be able to convey the depth of their feelings for each other?

In any event, in need of a success in the opera house and short of cash, Wagner decided to turn the Medieval romance of Tristan and Isolde into a modest music drama with a small cast and no special effects. In fact Tristan turned out to be anything but modest, either in length or in the demands it makes on musicians and audiences. And as for success in the opera house, it had to wait six years to receive its first performance, which finally took place in Munich in June 1865.

That premiere was the result of princely patronage from the eighteen-year-old King Ludwig II of Bavaria on a scale that even Wagner could only have dreamed of. Ludwig, who was homosexual, was a dreamer who had identified himself with the Medieval knight Lohengrin from the opera of the same name, who arrives on a swan to rescue Elsa von Brabant from her enemies. Now he wished to be the composer’s protector and was ready to put the entire resources of his kingdom at the Master’s disposal. So Wagner wanted a theatre of his own to stage his new operas? The Dresden architect Gottfried Semper was instructed to draw up plans. He needed to be surrounded by luxury as he composed? Bertha, a Viennese milliner, was summoned to Munich to work her art with satins, silks and velvet. But the Bavarian ruling classes were unwilling to follow where their king’s passions led him. Ludwig seemed to have been seduced by the composer despite the fact that Wagner was living in sin with another man’s wife, Cosima, who was still married to Hans von Bülow. And Cosima had already given birth to Wagner’s daughter – Isolde! Nevertheless, rehearsals for the first performance of Tristan und Isolde continued, with Ludwig and Malvina Schnorr von Carolsfeld – real life husband and wife – cast as the lovers and with the cuckolded von Bülow in the pit. Alas, in May Malvina came down with catarrh and lost her voice, and on the same day King Ludwig’s ministers moved against Wagner. The police arrived at the composer’s apartment with a warrant to remove his possessions for non-payment of debt. The ever-resourceful Cosima begged 2,400 florins from the royal treasury but the premiere of Tristan had to be postponed.

The first performance finally took place on 10 June 1865. For the most part the audience were respectful, if a little confused; but those of Wagner’s friends who had made the journey proclaimed the new work a masterpiece. Ludwig, who had paid for the production, was ecstatic, quoting the words of Isolde’s Liebestod when he wrote to the composer (it’s clear that the king had cast himself as Isolde to Wagner’s Tristan!): ‘Only one! Hallowed One! What rapture! – Perfect. Overwhelmed by delight!… To drown… to sink – unconscious – highest bliss – Divine Work! Eternally true, till death and beyond!’

Love and Death. You can never be entirely sure what Tristan und Isolde means. In later years, Wagner the patriarch drew a veil over his youthful radicalism. By now married to Cosima, his second wife, and surrounded by acolytes and admirers, he craved respectability. So he described Tristan as a kind of pilgrimage, an expression of how to reach out beyond the world, the flesh and the devilish itch of sexual desire, to the pure realm of the spirit.

Then in the twentieth century Freud was enlisted to explain Tristan’s agonised self- examination in the third and final act of the opera; meanwhile, Marxists pronounced upon the alienation of the lovers from the social world of King Marke’s court in Cornwall. Of course Isolde is an Irish Princess brought to England, so that perhaps hints at a colonial theme. And what about the politics of gender, with Isolde being shipped off into a loveless marriage with an older man? A purely political match designed to mend the broken fences between Cornwall and Ireland.

At sea on the deck of Tristan’s ship, on the voyage from Ireland to Cornwall.

Tristan is taking Isolde (who had once saved his life and who is now, so she believes, unrequitedly in love with him) to Cornwall, where she is to be married, unwillingly, to Tristan’s uncle, King Marke. Beholding his apparent indifference and in fury at his treachery, she resolves to kill him and herself, using one of her mother’s secret potions, which she bids her companion Brangäne to fetch. Brangäne, however, deceives her by producing a love potion instead. Summoning Tristan, Isolde pretends to accept her fate and proposes that they drink to each other in a pact of friendship. Though perceiving her deception, he accepts. Expecting death, they gaze, love-struck, into each other’s eyes, and ecstatically embrace. As sailors’ shouts announce their journey’s end, Brangäne confesses her subterfuge and Isolde faints in Tristan’s arms.

The king and his retinue have set off on a hunting party. As night falls, Isolde, seizing the opportunity for a rendezvous with Tristan, and ignoring the anxieties of Brangäne, extinguishes the warning torch, signalling the all-clear, and rapturously awaits his arrival. Deluded by passion into believing that darkness confers safety, honesty and true perception, the lovers lay their troubled past to rest, Isolde now able to understand the ‘daylight’ conventions that bound Tristan to his course in abducting her to Cornwall. When Brangäne confesses her unease, distraught that her switching of the potions has unleashed potential tragedy, Isolde assures her that her hand was guided by the power of true love, which rules all destiny. The lovers welcome the prospect of death, which will give them the total union and safe removal they crave. Their nocturnal dream is shattered by the return of Marke and his party, tipped off by a jealous ‘friend’, Melot, who denounces the lovers. After a surprisingly philosophical speech by the king, Tristan is allowed to return to Brittany, the land of his birth. But not before the enraged Melot seriously wounds him.

Outside Tristan’s castle in Brittany.

Tristan lies outside his castle by the sea, apparently lifeless. When a shepherd, posted as a look-out, pipes a sad refrain, Tristan stirs. Kurwenal, his faithful squire, informs him that he has despatched a ship to fetch Isolde from Cornwall, for she alone, with her magic arts, can save him. When at last it arrives – and after long, delirious ravings, fuelled by pain and nourished by visions of Isolde – Tristan, in agony, rises to greet her, fatally tearing the bandage from his wound. Reunited in each other’s arms, they share one final, love-locked gaze before Tristan sinks back lifeless on his couch. Tumultuous noises announce the arrival of a second ship, bearing Marke and his men, evidently in hot pursuit. In the ensuing mêlée, the ever-faithful Kurwenal is killed, never learning that Brangäne has informed the king of the love-potion and that he has arrived bearing forgiveness to them both. Isolde is now beyond hearing, beyond caring. In the famous Liebestod she sings with mounting rapture of joining her lover in death, before sinking, herself, lifeless on his corpse.