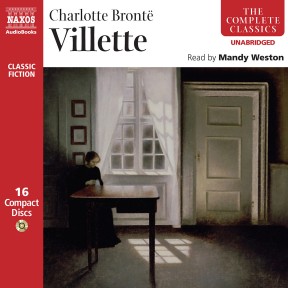 Now considered by many to be Charlotte Brontë’s best novel, though unlikely to eclipse Jane Eyre in fame and popularity, Villette is largely concerned with the experiences of Lucy Snowe in a girl’s boarding school in a fictionalised Belgium. Lucy flees unhappiness in England only to find more abroad. Her love for Dr John unrequited, she slowly realises that a deeper attachment is growing between her and her irascible domineering mentor and colleague, M. Paul Emanuel. The promise of fulfilment and the realisation of love with a man with whom she might live on something like equal terms hangs in the balance in a story that dwells on powerful emotions without ever lapsing into sentimentality. 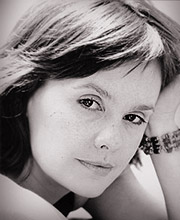 Villette was the third of Charlotte Brontë’s novels to be published in her lifetime. In the following year, 1854, she finally accepted an offer of marriage, but owing to a combination of tuberculosis, complications arising from pregnancy and maybe even typhus, she died, just short of her thirty-ninth birthday.

She was the last of the six children born to Irish-born Reverend Patrick Brontë and his Cornish wife, Maria. Within a few years of moving into Haworth Parsonage in Yorkshire, his wife and his two eldest daughters, Maria and Elizabeth, had died, the former of cancer (1821), the latter two of the scourge of the age, pulmonary tuberculosis (1825).

Somewhat later, within a devastatingly short period (1848–9), Emily, the second youngest child, and Anne, the very youngest, both succumbed to the same disease, their elder brother, the fourth-born child, Branwell, having already just died of chronic bronchitis and alcoholism.

It may scarcely be wondered at that Charlotte, who looked helplessly on as all her siblings perished, should have struggled with depression. The portrait of her by George Richmond, though somewhat idealised, shows a woman of sensitivity, fierce intelligence, considerable courage and determination, as the evidence of her letters testifies. Just as Emily, to some, appeared at times self-centred and unfriendly, so Charlotte sometimes came across as harsh, unbending and not always very forgiving, but some of this must have had something to do with the fact that the sisters were struggling to be artists in a society in which serious artistic endeavour was held to be the province of men.

The intellectual development of the Brontë daughters was considered as important as that of the only boy, if largely because their future was all too likely to depend on an ability to teach, either in a school or as a governess, until or unless some eligible clergyman, clergyman’s son or equivalent (for want of someone of higher social position and income) could be prevailed upon to relieve these unfortunate creatures of the necessity of earning a living in a society where women had hardly any opportunity of gaining status and retaining respectability other than through marriage.

Branwell and his sisters rapidly demonstrated their imaginative gifts and their childhood obsession with invented worlds is well known. That they should all have harboured artistic aspirations in early maturity and beyond is unsurprising in view of the intensity of their involvement in the fictional lands of Gondal and Angria.

In adult life the three daughters achieved publication and only Branwell has to be declared a failure (although he did have poems published individually), his ambitions coming to nothing and his despair arising from his difficulties reducing him to a life of dissolution, opium addiction, and drunkenness.

By the time Charlotte came to begin work on her last novel, she had lost all the childhood companions with whom she had grown up and who had stimulated each other’s imaginations and aspirations. Mourning their deaths, wondering how soon it would be before she, too, became consumptive, and miserably lonely for all that she had other friends and correspondents among the literary world of the day, she began to write three chapters of what was eventually to grow into Villette, a novel that draws on her experiences as an English teacher in Belgium ten years before.

Charlotte and Emily had gone abroad originally to study, to gain further qualifications and to widen their horizons – although Emily, cripplingly shy and dedicated to her vocation as a writer, chafed against the restrictions of enforced study and teaching duties, and when she and her sister had to come home after their aunt died, she decided not to accompany Charlotte back to Belgium.

Under the tutelage of Monsieur Heger at his pensionnat (girls’ boarding school) in Brussels, Charlotte developed both as a writer and as a woman. She admired her (already married) mentor and eventually came to love him but there was no happy ending for her there and she finally decided she had to leave.

In Charlotte’s autobiographically-based novel her heroine, Lucy Snowe, a lonely young orphan of very limited means, leaves England to go and teach abroad, though only on the boat does she learn of where she might find employment, namely, in the town of Villette, the fictitious ‘great capital of the great kingdom of Labassecour’.

Arriving on the other side of the Channel, she is directed by a kindly English traveller to an inn where she might stay the night but, getting lost, finds herself by good chance at the very school she had been told of on the crossing. It is a pensionnat run by a Madame Beck who takes Lucy on as a teacher purely on the word of M. Paul Emanuel, a schoolmaster of a rather domineering and fiery-tempered make-up and by some years Lucy’s senior, who is credited by Mme Beck with the capacity to read a person’s character from her physiognomy.

Lucy wins the respect of her pupils but during the long vacation is left to fend for herself with only a servant and just one unfortunate pupil (who would nowadays be described as having ‘special needs’). She breaks down, seeks help from a church priest, who is anxious to help by bringing her into the Catholic faith, and is eventually rescued by the traveller who had directed her to the inn.

Lucy falls in love with this good Samaritan, Dr John, but he is captivated first by the coquettish Ginevra Fanshawe and then by Paulina Home. These two women are already known to Lucy and both display contrasting forms of femininity that Lucy recognizes are attractive to men. Ginevra is a flirt, who abuses her power over men by taking pleasure in breaking their hearts. Paulina is the Victorian ideal: selfless, submissive, and sweet as a well-behaved child. Lucy is too acutely aware of what it is to suffer heartache to share any fellow feeling with the former, and too much her own woman to dissolve herself in passive conformity like the latter.

She despairs of ever finding a male companion with whom she can truly be herself and not be forced to play the role of the conventional woman of the times.

It has been pointed out that Lucy’s surname reflects her apparent coldness. Lucy is far from cold-hearted but her deeper feelings are concealed under a weight of sorrow, despair and the fear that she is unloveable. The connotations of Paulina’s surname are even more obvious.

These are the three principal female figures of the novel (apart from Mme Beck) but there is another more mysterious female presence in the book: that of the spirit of a nun said to haunt the pensionnat (which had once been a convent). Lucy’s encounters with this wraith help to lift the novel out of the mundane world of everyday affairs, darkening the tale and creating, for a time, a sense of grim foreboding.

Charlotte struggled to finish the second volume of Villette but when her publisher reported that he was pleased with the work so far, she completed the third with almost effortless ease. Her anxieties had partly to do with the fact that certain characters in the book were to an extent based on people she knew and knew well. She asked that no author’s name be attached to the title but the publisher of Jane Eyre was hardly going to listen to such a request.

Her growing fame was a mixed blessing. Grateful though she was for the attention her work received, she found the focus on herself at times distressing and this informs the novel (particularly in the climactic park scene in chapter thirty-eight).

When Villette came before the public, there was a mixed reception. George Eliot declared that there was ‘something almost preternatural in its power’ but Charlotte’s friend Harriet Martineau, herself a novelist, offered objections to the main character’s obsession with love, as if to affirm what many men thought the case, namely, that women were governed by their emotions and knew no other serious interests. Charlotte was so hurt by Harriet’s wilful misunderstanding of her purposes that their friendship was permanently ruptured.

Later critics, including Virginia Woolf, have concurred that in some ways Villette is a more successful and more interesting work than the popular Jane Eyre. One must surely admire, for instance, the vivid creation of characters like Paulina and Ginevra and such moments as the description of Lucy’s arrival in Labassecour and her nightmarish wanderings in the city of Villette in the hours of darkness.

Both Jane Eyre and her second novel, Shirley, were printed under the pseudonym of Currer Bell, fictitious brother to Ellis (Emily) and Acton (Anne). Such subterfuges were deemed necessary in order to secure a serious readership. Once it was known who Currer Bell really was, there was no avoiding the danger of being dismissed as a ‘mere’ woman writer.

Charlotte was accused of coarseness in her writing by some Victorian critics and one wonders what exactly is meant by it. Was it at all to do with the notion that, not being a man, she inevitably lacked that subtlety and finesse that only a properly educated male writer could be master of?