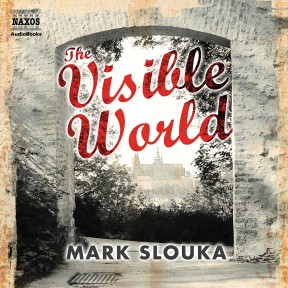 Mark Slouka’s novel begins with the child of Czech immigrants to the US, now living in New York, who has been brought up on the folklore of his parents’ homeland. As he grows up he becomes aware that he has never been told what his parents did during the Nazi occupation of Prague. As an adult he makes a journey back to Czechoslovakia and it is only then that he discovers their part in the assassination of Reinhard Heydrich, the notorious ‘butcher of Prague’ and begins to understand his mother Ivana’s unhappiness. Intertwined with this gripping history is a passionate love story, the tragic consequences of which transcend both years and continents.

The unnamed protagonist is, like the author, the child of postwar Czech immigrants to America. His life is dominated by a quest to understand the events that have shaped and damaged his parents and the nostalgia in which they are steeped. A world below the visible one is explored through memory, travel and metaphor. Startlingly vivid vignettes of childhood are intermingled with layers of bizarre Czech fairy tales and shocking images of atrocities in Nazi-occupied Prague. In the final section, Slouka fictionalises the past and the all too human frailties of his parents. Brilliant narration captures the intimate, confessional tone and the duality of the immigrant experience.