Winter Ghost Stories – Tales from the Other Side 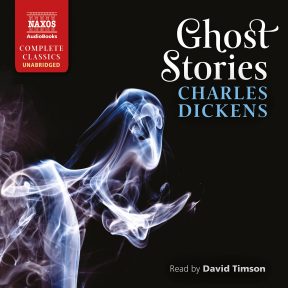 This time of year, with its dark evenings and cosy fires, lends itself to the telling of ghost stories. Henry James’s The Turn of the Screw opens very much in this vein:

‘The story had held us, round the fire, sufficiently breathless, but except the obvious remark that it was gruesome, as, on Christmas Eve in an old house, a strange tale should essentially be…’

Nowadays we are used to tales of the paranormal through film and television, but the idea of ghosts stretches back much further. Pliny the Younger, through his letters, tells of an old man in chains who haunted his house in Athens. In England, the ghost of Anne Boleyn, executed in 1536, has been reportedly witnessed in the Tower of London, while Native Americans would tell spirit stories around campfires as a way of instructing the young and perpetuating their culture.

The actual telling of ghost stories during the winter months may well go back to the pagan tradition of gathering together to tell stories of the gods, ancestors and the spirits in celebration of the winter solstice – the shortest day of the year. This mid-winter festival was when it was believed that the division between this world and the ‘other’ world was at its most fragile, allowing spirits to pass through.

References to winter stories that are intended to scare listeners are found in the 17th century – in Shakespeare’s A Winter’s Tale (‘A sad tale’s best for winter. I have one/ Of sprites and goblins.’), or the reported sighting, just before Christmas 1642, by shepherds of ghostly civil war soldiers battling in the skies.

However, the Christmas ghost story really came into its own in the Victorian era. Although horror stories (penny dreadfuls) were published all the year round the ghost story really came into its own during the winter season. It has been suggested that this was fuelled by the carbon monoxide which emanated from gas lighting in many homes, causing hallucinations. In 1848, the young Fox sisters of New York heard a series of tappings, purportedly a spirit communicating with them. News of this story gave rise to a craze for spiritualism – a belief in the ability of the dead to commune with the living.

Dickens’s A Christmas Carol is perhaps the best known of all ghost stories, although, perhaps partly through familiarity, it doesn’t really terrify us so much as give us a lesson in morality through the story of Scrooge’s redemption. The stories of Algernon Blackwood or M.R. James are more designed to make the flesh creep – many of the latter’s stories were written to be read at Christmas Eve gatherings. When it was time to walk home in the dark, the jumpy guests would pair up so as to be safe from the deserted quadrangle of Kings College, Cambridge. As one of his characters, a guilty Victorian churchman going slowly mad with fear, confides to his diary as the nights draw in: ‘I find I absolutely shrink from the dark season.’

There are several assumptions that are common to most ghost stories. The first is that the soul is separate to the body, so that the former lives on beyond the grave. The second is that the being has ‘ unfinished business’ in the human world. In the case of the tormented ghost of Jacob Marley in A Christmas Carol, this is to teach his former business partner a better way of living:

‘You are fettered,’ said Scrooge, trembling. ‘Tell me why?’

Whereas the ghost of Peter Quint in The Turn of the Screw has an altogether more malevolent purpose.

One dark evening this winter season I would highly recommend drawing up a cosy chair in front of a fire, if possible, and listening to some of the many ghost stories on offer from Naxos AudioBooks. Happy Listening – and sweet dreams!