The Road Less Travelled – The Genre of Travel Literature

A recent issue of the UK trade publication The Bookseller reported on the decline in sales of travel books. For the most part this sector of the book industry is dominated by travel guides, and the shift from print to digital (and often free) consumption has arguably affected this sector of publishing more than any other. However, travel literature encompasses more than just guidebooks, and its history is a long and remarkably varied one.

Each is a particularly entertaining, as well as educational, snapshot of another place and another time

An early example of the genre is found in the writing of Pausanias and his Description of Greece, which dates from the 2nd century AD. We also have the writings of authors as diverse as Gerald of Wales, Ibn Jubayr and Feng Chen-da from the 12th century. Of greater renown are The Travels of Marco Polo, which date from around 1300, and were told to Rustichello, Messer Polo’s fellow inmate in a Genoese prison. These early writings tend to be largely factual records of topographical and geographical data and observations, but the genre later developed into narratives relaying the sense of pleasure derived from travel, such as Petrarch’s account of his ascent of Mount Ventoux in 1336.

Moving forward several centuries, Captain Cook’s diaries and Alexander von Humboldt’s writings on his travels in America were bestsellers in their day, while James Boswell in his Journal of a Tour to the Hebrides, published in 1786, marked an important development in the genre of the travel memoir. In the late 19th century Robert Louis Stevenson’s Travels with a Donkey in the Cévennes stood out as a notable celebration of the great outdoors.

The 20th century provided some of the masterpieces of the genre. Robert Byron’s The Road to Oxiana gives an account of the author’s Middle-Eastern travels in 1933–34 and was described by Bruce Chatwin as ‘a sacred text, beyond criticism’. It receives an impeccable reading by Barnaby Edwards. Wilfred Thesiger’s travels in Arabia date from the years following the Second World War and he remains best known for his two accounts of that region: Arabian Sands (1959) and The Marsh Arabs (1964). These are read by the late Laurence Kennedy and serve as a reminder of the talent taken from us by his untimely death last year. 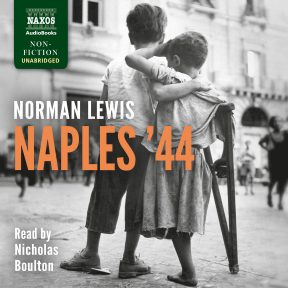 Naples ’44 is a fascinating, and in places harrowing, diary kept by Norman Lewis when he was a sergeant for British Amy Intelligence in 1943–44. It has been described as ‘one of the great personal memoirs of the Second World War’. One of the most acclaimed travel writers of our own time is Jan Morris, although she avers she isn’t a travel writer on the basis that she is not actually travelling in her writings. Nonetheless, her masterful books Trieste and Venice contain writing of great beauty and quality.

These accounts, all firsthand by eyewitnesses, transport us not only to other parts of the world, but also to different times in history – from 13th-century China, in the case of Marco Polo, to wartime Southern Italy, as with Norman Lewis. This makes each a particularly entertaining, as well as educational, snapshot of another place and another time, preserved for us in the form of printed, digital and, most recently, audio books.