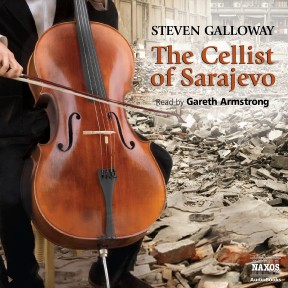 The Cellist of Sarajevo

Sarajevo, in the 1990s, is a hellish place. The ongoing war devours human life, tears families apart and transforms even banal routines, such as acquiring water, into life-threatening expeditions. Day after day, a cellist stations himself in the midst of the devastation, defying the ever-present snipers to play tributes to victims of a massacre. A true story of a cellist’s resistance helps to form this pivotal event in Steven Galloway’s extraordinary novel. Against this, the author touchingly describes three ordinary townspeople and their efforts to retain their humanity, sanity and autonomy as war takes hold of their lives. This bestselling novel is immediate, vivid and deeply affecting on audiobook, fully immersing the listener in the havoc of war. 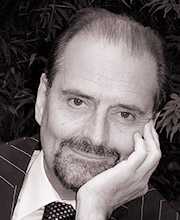 Titles by Steven Galloway
The Cellist of Sarajevo (unabridged) 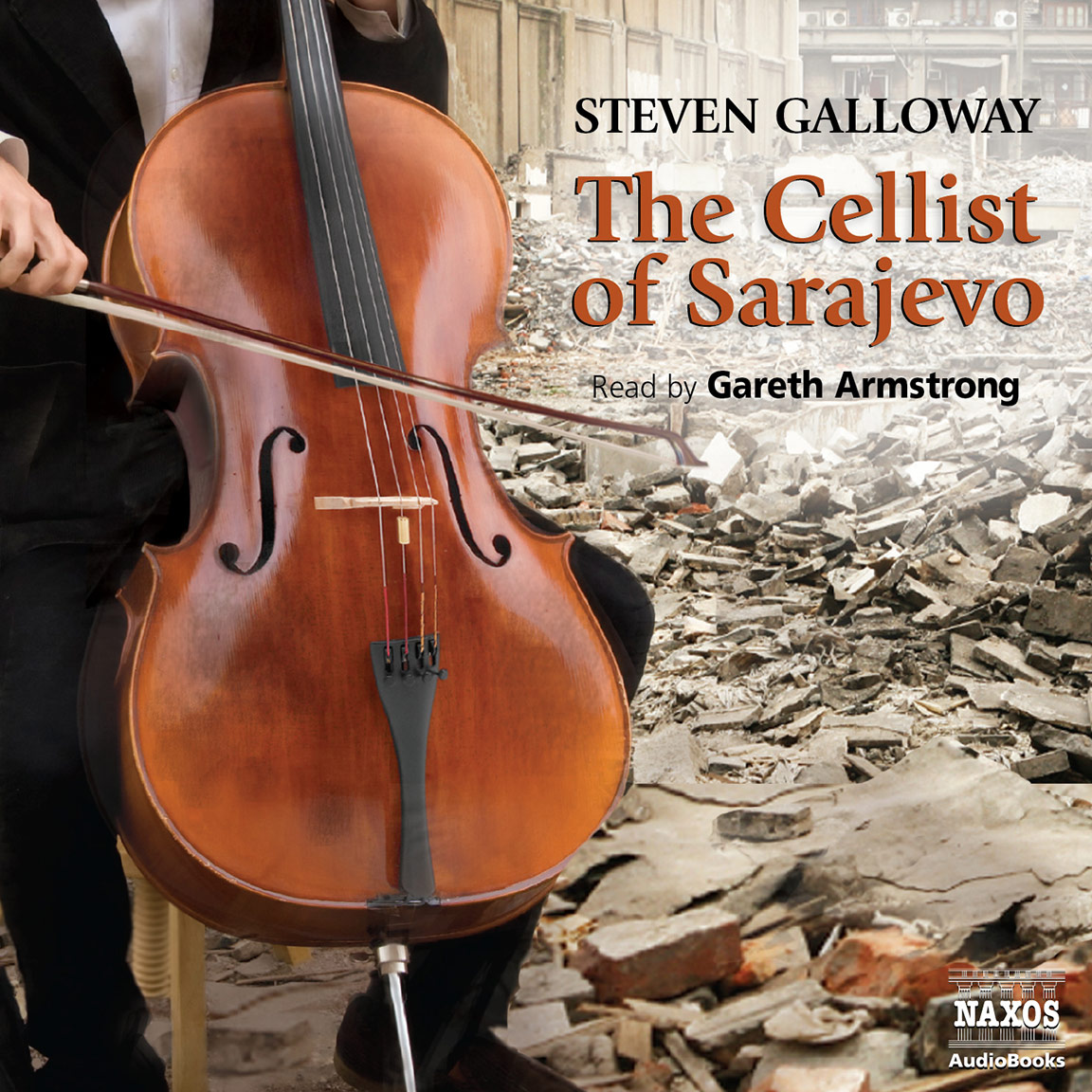 The Cellist of Sarajevo Podcast

Cellist Sarah Butcher, who plays the originally recorded music for The Cellist of Sarajevo talks about the book, and blending of narration with music.

Steven Galloway’s The Cellist of Sarajevo is set in war-torn Sarajevo in the Nineties. When 22 civilians are killed as they queue for water a cellist determines to play the piece of music that gives him the most hope, Tomaso Albinoni’s Adagio in G minor, at the same spot every day for 22 days in their memory.

Meanwhile, three other Sarajevans live their lives in constant peril. Kenan, frightened but determined to make the dangerous, daily journey to fetch water for his family; Dragan, who has to cross the city to get to the bakery where he works; and Arrow, the nom de guerre of a young sniper assigned to protect the cellist. Wonderfully moving.

Why did the Sarajevan cross the road? To get to the other side without fatally exposing himself to sniper fire. In Sarajevo, the city that was under siege for three hellish years in the early 1990s, every excursion outside was a risk. ‘Sniper alley’ wasn’t just the road that international journalists took between the airport and the Holiday Inn, reflects Kenan, one of the three intertwined characters enduring the almost unendurable in this novel. Kenan braves the streets to collect water for his family; Dragan has to go to the bakery where he works; and Arrow is on a mission to pick off with her rifle the gunmen aiming at her area. Amid it all, a cellist emerges daily to play Albinoni’s Adagio at the spot where the enemy wiped out a bread queue – a real event around which Galloway has created this intimate chamber-piece novel. Strains of the haunting work, played by Sarah Butcher in a specially made recording, add to the book’s power to move.

Steven Galloway’s The Cellist of Sarajevo is an elegant fictional embroidery of a true protest: that of the cellist Vedran Smailovic, who mourned the deaths of 22 people – who were queuing outside a shop when a missile struck them – by playing Albinoni’s Adagio on the same spot on 22 successive days, despite the ubiquitous snipers. The novel shows how the cellist’s protest affects other people’s struggles with their consciences. One is a sniper who finds that her task of protecting the cellist presents her with ethical problems. Gareth Armstrong narrates with impeccable pace and timing, beautifully counter-pointed by Sarah Butcher’s playing of Albinoni’s music.

Unlike Khaled Hosseini and Chimamanda Ngozi Adichie, both of whom are natives of the war-torn countries in which their bestselling first novels were set, Galloway has no personal experience of the city in which this grim story of survival through the Bosnian war takes place. His main characters, however – including the cellist and Arrow, a female sniper shooting at the Serbian soldiers bombarding Sarajevo from the surrounding hills – are based on real people. The story is simple. A shell explodes in the market. The cellist witnesses the carnage from his window and, for the following 22 days, takes a stool and his cello to the marketplace and plays Albinoni’s famous adagio in memory of the 22 victims. It makes headlines around the world. The cellist represents the return of hope to a besieged city. Within a week, the Serbs have sent a sniper to kill him, but Arrow has the situation in hand. Or has she? Sarajevo’s enemies are not confined to the surrounding hills: there are hostile agents, spies and traitors in the city, the army, the government itself, exploiting the horror of war for their own ends. The style is spare, the reading remorseless, the pressure relentless. This is a book you won’t easily forget.

In 1990s Sarajevo, war is devouring people’s lives. In the midst of this vividly conveyed hell of massacre and destruction, one cellist braves the snipers to play his tribute to the dead. This is based on a true story and includes Albinoni’s haunting Adagio.

The Times/Sunday Times Best Audiobooks of the Year

The audio version of Steven Galloway’s The Cellist of Sarajevo, one of the year’s outstanding titles, has one unassailable advantage over the book: its inclusion of the work that the eponymous hero plays daily at the spot where enemy snipers wiped out a bread queue during the hellish siege years of the 1990s. The cellist Sarah Butcher recorded Albinoni’s Adagio for this production, and its haunting sound weaves itself into the story in this harrowing novel, read by Gareth Armstrong.

Welsh actor/narrator Gareth Armstrong (The Defector) does a tremendous job of movingly conveying the perspectives of three Sarajevans struggling to retain their sanity and humanity in Canadian author Galloway’s third novel, an international best seller inspired by actual events.