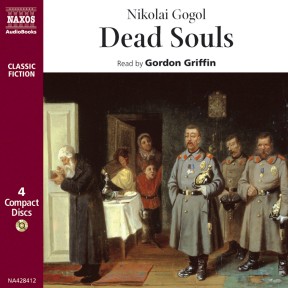 Gogol’s great Russian classic is the Pickwick Papers of Russian Literature. It takes a sharp but humorous look at life in all its strata, but especially the devious complexities in the country with its landowners and serfs. We are introduced to Chichikov, a businessman who, in order to trick the tax authorities, buys up dead ‘souls’ or serfs whose names still appear on the government census. Despite being a dealer in phantom crimes and paper ghosts, he is the most beguiling of Gogol’s characters. Gogol’s obsession with attempting to display ‘the untold riches of the Russian soul’ eventually led him to madness, religious mania and death. Dismissed by him as merely ‘a pale introduction to the great epic poem which is taking shape in my mind’, Dead Souls is the culmination of Gogol’s genius. 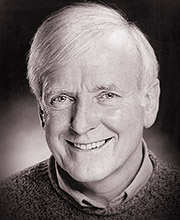 Gordon Griffin has recorded over 350 audiobooks ranging from Dickens to Catherine Cookson; from Thackeray to Chris Ryan. Recent recordings include The People’s Act of Love by James Meek, The Sixth Lamentation by William Brodrick and Viking by Tim Severin. Also books by John Harvey, Robert Goddard, Beryl Bainbridge, David Lodge and J G Ballard. Naxos recordings include Dead Souls by Gogol and Plato’s Symposium (as Pausanius).