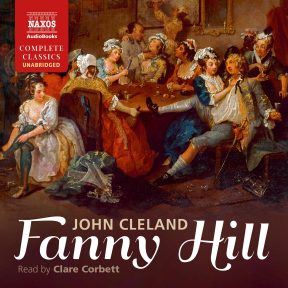 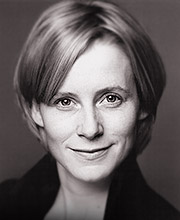 ‘I beg of your Grace to give proper orders to stop the progress of this vile Book which is an open insult upon Religion and good manners…’ Thomas Sherlock, Bishop of London (1750)

Sherlock’s condemnation, fierce as it was, was in reference not to the original version of Cleland’s erotic masterpiece, but an edition expurgated by the author himself (entitled Memoirs of Fanny Hill) and published in March 1750. The novel itself, in its fuller and original version, had appeared in two parts, the first in November 1748 and the second in March 1749, both published by Ralph Griffiths, and each selling for three shillings. There is evidence that the book, at least in manuscript form, was read at a meeting of the ‘Order of the Beggar’s Benison and Merryland’ in 1737. However, both parts of the novel were published during Cleland’s incarceration for debt in Fleet Prison, having first been revised by their author. It was some six months after the publication of the second part that Cleland was arrested for issuing an obscene publication, but shortly released. After publication of the bowdlerised version he was again arrested, but no charges seem to have been made against him.

The book became one of the most popular of the 18th century with several editions, often with illustrations, appearing on the market. However, for 200 years the book was treated purely as pornography and this resulted in its literary worth being ignored. It was only after the legal action in America and Europe in the early 1960s, coupled, no doubt, with the changing mood of those times to matters sexual, that the work began to be reappraised.

Fanny Hill contains echoes of several other novels of the mid-18th century, most obviously Daniel Defoe’s Moll Flanders, although the latter work is deliberately less explicit, being ‘wrapped up so clean’. There are many influences also from French libertine literature. Indeed, translations of erotica from the continent were readily available in England at this time, and Cleland’s moral outlook – the open enjoyment of sexual pleasure – would seem to be more attuned to the French than to the English literary approach.

John Cleland was born in 1710, the son of Major William Cleland, Commissioner of Taxes. He was educated at Westmister and joined the East India Company in Bombay in 1728 where he remained until 1740, having achieved some success in business. He returned to London in 1741 when his father died. A dispute with his mother did nothing to alleviate ongoing financial difficulties and he became a journalist interspersed with periods within a debtor’s prison. After the publication of Fanny Hill, for which he was paid £20, Cleland attempted to repeat its commercial success with the publication in 1751 of Memoirs of a Coxcomb which lacked the eroticism of Fanny Hill and, as a result, sold only a few copies. His later attempts at erotic fiction also fell into oblivion and he spent the rest of his days translating and writing poetry, plays and, eventually, scientific treatises. In 1779 Boswell described him as a lonely figure living in shabby chaos ‘drinking tea and eating biscuits… There was something genteel in his manner amidst this oddity.’ It was in such obscurity and poverty that Cleland died in 1789.