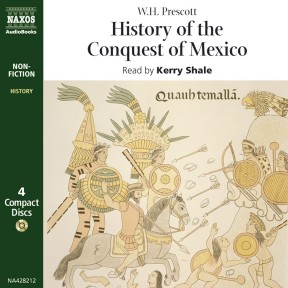 History of the Conquest of Mexico

In 1519, Hernando Cortés arrived in Mexico to investigate stories of a wealthy empire. What he encountered was beyond his wildest dreams – an advanced civilisation with complex artistic, political and religious systems (involving extensive human sacrifice) and replete with gold. This was the Aztec empire, headed by the aloof emperor, Montezuma. With just a handful of men, Cortés achieved the impossible, crushing the Aztecs and their allies, and effectively annexing the whole territory for Spain. One of the most extraordinary stories of conquest in mankind’s history, it is told here in the classic account by the American historian W. H. Prescott. 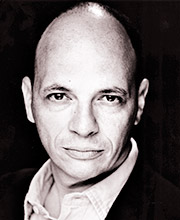 Kerry Shale has performed his acclaimed one-man shows around the world. Other theatre work includes Aunt Dan and Lemon, The Normal Heart, True West and The Odd Couple. His TV credits include Cracker, Sharpe’s Rifles and Sherlock Holmes. Films include Yentl, Little Shop of Horrors, 102 Dalmations and Max. He has won three Sony Awards for radio acting and writing. He has also recorded Poe’s Dupin stories and Conquest of Mexico for Naxos AudioBooks.

Titles by W.H. Prescott
History of the Conquest of Mexico (abridged)