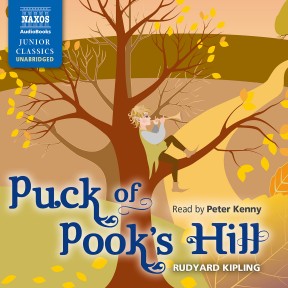 Kipling’s charming Puck of Pook’s Hill takes the listener on a journey through English history with a series of short, fantastical works. When two children happen across an ancient shrine, they unintentionally summon an impish sprite named Puck − also known as Robin Goodfellow. To their wonderment, the fairy conjures up the past, taking them on ten magical adventures: they visit Roman Britain and the legion guarding Hadrian’s Wall, the thirteenth-century court of King John, and Old England from the time of William the Conqueror. Here are stories of lost treasures, epic battles, mysterious cults and daring piracy. Interspersed with Kipling’s lyrical poetry, Puck of Pook’s Hill is a masterful and magical collection that will stir the imagination. 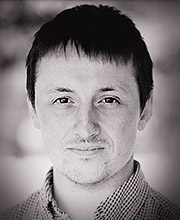 Peter Kenny is an actor and musician. He has worked for A&BC Theatre Co., the Royal Shakespeare Company and the BBC Radio Drama Company. He is a member of the early music group Passamezzo. A prolific recorder of audiobooks, he has recorded over thirty titles. Authors include Iain M. Banks and Paul O’Grady.

Kipling is not known as a fantasist, but this audiobook features Puck, one of Shakespeare’s fairies – or ‘people of the hills’, the author’s own preferred term. Other characters include one of the old gods and a number of people magicked out of history for the amusement and education of a pair of English children. Narrator Peter Kenny’s varied British accents are wonderful; a few, however, as authentic as they are, may strain some American ears. But the narration shifts easily between the stories and the poems in this collection. Some listeners may take offence at the anti-Semitic undertones in a poem and story near the end, but Kenny makes clear Kipling’s ringing endorsement of (eventual) freedom for all Britons.

Lore and magic are the themes of Kipling’s love story to his Sussex home of Bateman’s (happily now preserved by the National Trust). This highly idiosyncratic child’s history of England was first published in 1906. The imp Puck magically appears to two children, based on Kipling’s own, and introduces them to fierce Danes, chivalric Normans, Roman centurions and 16th-century explorers in an historical but narratively elegant order. Each chapter is topped and tailed by a song or poem. Try it on your children. Despite the demands it might seem to make, they will respond to the music of its words and the sense of magic it creates.