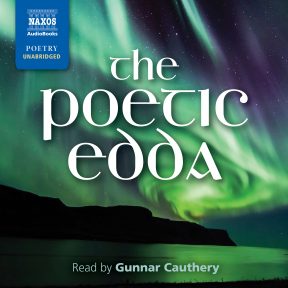 Norse myth figures largely in Western culture and this has been particularly apparent in recent decades. Tolkien drew extensively on this tradition in both The Hobbit and The Lord of the Rings, as did his friend C.S. Lewis, albeit to a lesser extent, in his Narnia books. It is apparent in books such as Alan Garner’s The Weirdstone of Brisingamen, which itself takes its name from Freyia’s necklace and forms the basis of Neil Gaiman’s American Gods. Recent Hollywood films have also been based on these stories, particularly those from Marvel Comics, beginning with Thor (2011), in which the eponymous hero is exiled from Asgard and in search of his lost hammer. Perhaps of more weight are the operas of Richard Wagner (particularly his Ring cycle), which draw extensively on the struggles of the Norse gods.

But where did these stories come from? The Poetic Edda is a manuscript dating from the 1270s and which contains a collection of mythological and heroic poems. It is often known as the Elder Edda (as opposed to the Younger Edda, a later prose work by Snorri Sturluson that actually uses much of the material in the poetic work). The Poetic Edda was rediscovered in the later 17th century and preserved in a manuscript known as the Codex Regius (the name derived from the fact that it was presented to the Danish king in 1662).

To hear these poems being read aloud – and so compellingly by Gunnar Cauthery, himself of Icelandic heritage – is a rare treat

So much for the source material – but what is the Poetic Edda? Its verse – in a remarkably simple and direct style – covers both mythological and heroic topics. Thus, we hear of the old, one-eyed Odin, hanging on the tree Yggdrasill (the centre of the universe). The red-bearded Thor deploys his powerful hammer against the Giants (the oldest inhabitants of the universe), while Brynhild’s passion for the dragon-slayer Sigurd ends in her demand for his murder. In the opening poem, Voluspa (or The Seeress’s Prophecy), we have an insight from one who can remember before the beginning of the world and can see beyond Ragnarok (literally, the ‘Doom of the Gods’), and gives us scenes from the history of the gods.

One of the finest (and most humorous) poems in the collection tells of the theft of Thor’s hammer by the giant Thrym, who demands the goddess Freyia in marriage in exchange for its return. Thor, in disguise as the bride, visits Thrym, with much of the humour being derived from the bride’s astonishing lack of manners at the wedding feast (‘she’ eats an ox and eight salmon while downing three casks of mead).

In the middle of the Poetic Edda is the Volundarkvida, which forms a kind of transition between the mythological, which precedes, and the heroic, which follows. Volund (who is known as Wayland in the Old English poem The Lament of Deor) is an abused smith, neither human nor divine – he is described as a ‘Prince of Elves’, who wreaks an awful revenge on his oppressor. Much of the second half of the Poetic Edda concerns Germanic heroes, most particularly Sigurd (Siegfried), although his story is quite distinct from that in the Nibelungenlied, despite featuring the same characters.

To hear these poems being read aloud – and so compellingly by Gunnar Cauthery, himself of Icelandic heritage – is a rare treat. Listeners will spot many of the characters and motifs which, through literature and films, have made their way into our wider culture today. However, the Poetic Edda is our primary source for many of these tales and we get the stories straight from the horse’s – or perhaps the dragon’s – mouth.