Ulysses: A Modern Classic – 100 Years On 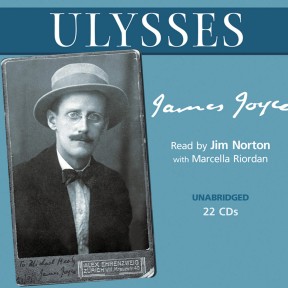 First, the history. James Joyce’s Ulysses was first published in its entirety by Sylvia Beach, of the Parisian bookshop Shakespeare & Company, on 2 February 1922, the author’s 40th birthday. 1,000 copies were printed and offered at a cost of 150 francs (about three guineas) each, mostly raised by advanced subscription. The book was seven years in the writing (despite being set in Dublin, Joyce wrote it while in Paris, Trieste and Zürich), and it would have a profound and lasting influence on Western culture and literature. The action in the novel takes place in Dublin over one day – 16 June 1904 – the day Joyce first met Nora Barnacle, his future wife, and that day, now known as Bloomsday, continues to be commemorated each year. From the outset, Ulysses met with very mixed reactions and was banned in Britain and the United States until the mid-1930s. John Quinn, the American literary lawyer, in defending the book in an obscenity hearing (several of the book’s episodes had been published in the United States by The Little Review between 1918 and 1920), argued that it couldn’t debauch readers as it could not be understood. Although it was never outlawed in Ireland, many in Joyce’s home country saw it as a ‘dirty’ book – not least because of its scatological and sexual references. Sections of the press were outraged, The Sporting Times writing that the book ‘appears to have been written by a perverted lunatic who has made a speciality of the literature of the latrine.’ Notoriously ‘difficult’, the novel remains the subject of heated debate, obsession and intrigue a century after its first appearance.

its complexity and numerous layers mean that the novel is never really finished, even when all its words have been consumed

So what makes the book so difficult? First there is its length – our audiobook runs to over 27 hours. Then it seems to break many of the rules of the English language – beyond the first few chapters there is no consistency of style and such plot as can be fathomed bears little resemblance to that in a conventional novel. It has been said that Ulysses is ‘about nothing and about everything’, and the Irish novelist Edna O’Brien suggests that each of its 18 chapters is a novel in itself. Patently, the book’s complexity was no accident… In Joyce’s own words: ‘I’ve put in so many enigmas and puzzles that it will keep the professors busy for centuries arguing over what I meant, and that’s the only way of ensuring one’s immortality.’ Ulysses is packed with cultural and historical allusions, countless cross-references, the contravention of literary and linguistic conventions and, of course, detailed correspondences with Homer’s Odyssey, whose hero gives the book its name. (In essence, Leopold Bloom represents Odysseus (Ulysses), with his wanderings culminating, like those of his Ithacan antecedent, in his homecoming.)

Ulysses is notorious as a book that many readers have begun and never completed, but its complexity and numerous layers mean that the novel is never really finished, even when all its words have been consumed. On the surface it is simply about its three main characters going about their mundane business in Dublin, but even that narrative is conveyed with a great variety of style, language, humour and energy. In short, Ulysses is a work of enormous exuberance and invention.

Our award-winning audiobook, one of our most popular, was produced in 2004 and features the celebrated Jim Norton, with Marcella O’Riordan. The spoken-word format is ideal for Joyce’s work – not just in assisting comprehension (and completion!), but in inviting the listener to become fully immersed in the language of the book. Nowhere is this more apparent than in the lengthy stream-of-consciousness passages, most notably Molly Bloom’s Soliloquy, where the lack of punctuation gives little help to the performer (or reader). The audiobook adds a further layer to a book that, a century after its first appearance, never fails to reveal new depths each time it is encountered.