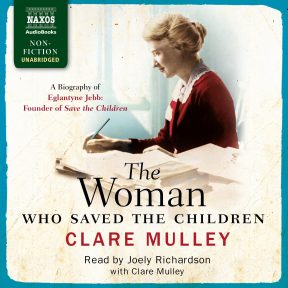 The Woman Who Saved the Children

This is an unconventional biography of an unconventional woman. Eglantyne Jebb moved from drawing rooms to war zones, often defying expectation and at times breaking the law. Although not fond of individual children, she founded Save the Children and originated the revolutionary concept of children’s human rights. Clare Mulley brings to life the brilliant, charismatic, passionate and compassionate woman, whose work has saved millions of lives and permanently changed the way the world treats children. Save the Children ambassador Joely Richardson narrates this extraordinary story. 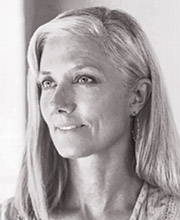 As well as being an ambassador for Save the Children, Joely Richardson is perhaps best known for her roles in the television series Nip/Tuck and The Tudors. Her other screen credits include The Rook, The Day of the Triffids and Behaving Badly, and the films 101 Dalmatians, The Patriot, The Girl with the Dragon Tattoo and Red Sparrow. Theatre work includes The Wars of the Roses (Rose Theatre, Kingston), Belle of Amherst (Westside Theatre, New York) and Ivanov (Classic Stage Company, New York). 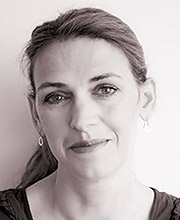 Clare Mulley is an award-winning author and broadcaster. Her first book, The Woman Who Saved the Children, won the Daily Mail Biographers Club Prize. The Women Who Flew for Hitler received critical acclaim, and The Spy Who Loved has been optioned by Universal Studios. Clare often discusses conflict on TV and radio, and reviews for the Telegraph and Spectator. www.claremulley.com

Titles by Clare Mulley
The Woman Who Saved the Children (unabridged)

Audiobook of the week

Joely Richardson’s heartfelt narration of the story of redheaded, forget-me-not-blue-eyed Eglantyne Jebb (1876–1928) is published to celebrate the centenary of Save the Children, to whom all author royalties go. This is an immensely rich story that will hopefully inspire parents to instil similarly high ideals in their own privileged young.