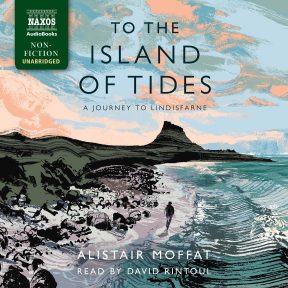 To the Island of Tides

A Journey to Lindisfarne

In To the Island of Tides, Alistair Moffat travels to – and through the history of – the fated island of Lindisfarne. Walking from his home in the Borders, through the historical landscape of Scotland and northern England, he takes us on a pilgrimage in the footsteps of saints and scholars, before arriving for a secular retreat on the Holy Isle. Lindisfarne, famous for its monastery, has long been a place of sanctuary. It is an island rich in history: the Romans knew it as Insula Medicata; it reached the height of its fame in the dark ages, even survived Viking raids, before ultimately being abandoned after Henry VIII’s dissolution of the monasteries. Today the isle maintains its position as a space for retreat and spiritual renewal. To the Island of Tides is a meditation on the power of place, but also a more personal journey; a chance for a personal stocktaking and a reflection on where life leads us.

Titles by Alistair Moffat
To the Island of Tides (unabridged)

Naxos AudioBooks, well known for its excellent unabridged recordings of literary classics, has branched out with this recording of Alistair Moffat’s account of his ‘secular pilgrimage’ in the footsteps of Cuthbert, the 7th-century saint. Moffat follows Cuthbert from the Tweed at Melrose, where he was a monk, to the spirit-haunted island of Lindisfarne. Moffat is dedicated to interlacing history with place, and he has a quiverful of fine books about Scotland and the Borders to his credit. With To the Island of Tides he excels himself with evocative descriptions and provocative meditations. Aberdeen-born David Rintoul’s warm, reflective narration perfectly matches Moffat’s hard-learnt wisdoms.

Narrator David Rintoul sweeps listeners into historian Alistair Moffat’s tapestry of memoir, journalism, and religious history relating to the Holy Island of Lindisfarne. The tidal island off the Northumbrian coast has a Celtic Christian identity that dates back more than a millennium. With subtle yet distinct modulations of pacing and tone, and – to convey Moffat’s sense of being an outsider – only an occasional Scottish accent, Rintoul communicates the author’s sensitivity to the place as one of personal discovery. As the author looks at the island from the perspective of his youth and from his current middle-aged perspective, Rintoul conveys his appreciation for its roles in local lives and those of pilgrims. This is a fine choice for walkers, nonreligious contemplatives, and armchair travellers, thanks to a perfect blend of narrator, author, production team, and unique subject.