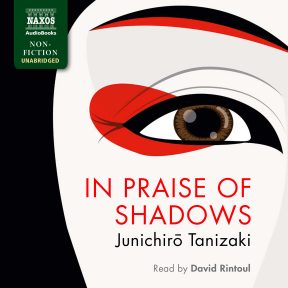 In Praise of Shadows

‘Were it not for shadows there would be no beauty.’ In Praise of Shadows is an eloquent tribute to the austere beauty of traditional Japanese aesthetics. Through architecture, ceramics, theatre, food, women and even toilets, Tanizaki explains the essence of shadows and darkness, and how they are able to augment beauty. He laments the heavy electric lighting of the West and its introduction to Japan, and shows how the artificial, bright and polished aesthetic of the West contrasts unfavourably with the moody and natural light of the East. Dreamy, melancholic and mysterious, In Praise of Shadows is a haunting insight into a forgotten world.

Titles by Junichirō Tanizaki
In Praise of Shadows (unabridged)

In Praise of Shadows, Junichirō Tanizaki’s 1933 essay on aspects of Japanese design and culture, finds a new dimension in audiobook form as read by David Rintoul. Rintoul’s narration is mellow and erudite, offering a vocal continuity to Tanizaki’s loosely structured yet often fascinating thoughts.

Though Tanizaki was only in his late forties when In Praise of Shadows was written, his tone is generally that of a man wary of modern progress. In its haste to race along with America and Europe into the 20th century, Tanizaki believed that Japan had begun to minimise its own identity – and its distinct aesthetic principles and traditions.

Tanizaki relates personal experiences with building a house at the time, and how electric light and wiring were somewhat difficult necessities to incorporate into a classic Japanese home. Japan’s cities were tending towards over-electrification, Tanizaki felt, with relentless radiations of light and neon obliterating an integral element of Japanese life: the mystery, beauty, and nuance of shadow.

Tanizaki, one of Japan’s premier novelists, is an often exquisite writer. This particular essay has a conversational intimacy, now further enhanced by smoothly flowing narration. In Praise of Shadows features musings on Japanese cuisine, lacquerware, the Noh and Kabuki theatre, and the changing standards of Japanese female beauty, including the curious bygone practice of women blackening their teeth.

Tanizaki’s recipe for Persimmon Leaf Sushi is read with a freshly spoken savour. And Tanizaki’s complaints about the radio and gramophone being unsuited to the tones of Japanese speech are rather ironic, considering that Japan would eventually dominate the audio electronics industry.

Some of Tanizaki’s opinions concerning race may be a bit off-putting, and there seems to be a wry inference that Albert Einstein objected to overuse of electricity because he was Jewish and therefore cheap. These, however, were unfortunately common attitudes of the times. As a whole, hearing In Praise of Shadows is a uniquely reflective experience, with images of smoky lustrous jade, dark rich miso, rustic teahouses, and the unusually harmonious tranquility of a traditional Japanese toilet. Though Tanizaki claims to be ‘grumbling’ and ‘demanding the impossible’, his recollections of both past and present are memorably eloquent.