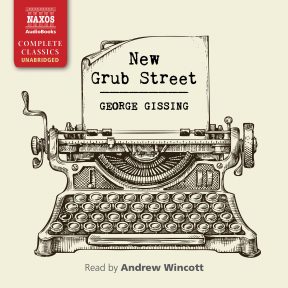 Set in the literary and journalistic buzz of late 19th-century London, New Grub Street depicts a world that George Gissing knew inside out. Elements of his own experience are diffused in different characters – in particular the struggling, talented Edwin Reardon and the young, ‘modern’ Jasper Milvain – through which he explores the sense of crisis for writers at the time: the gulf between aesthetic integrity and commercial success. It was the first major novel to place the concept of authorship at the heart of the plot, and allowed late-Victorian readers a tantalizing glimpse behind the scenes of literary production. Written in a white heat of determination, New Grub Street marked a shift in Gissing’s fortunes – a triumphantly readable, engaging work of fiction that opened doors to the recognition he deserved. 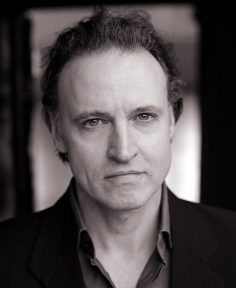 Andrew Wincott is a graduate of Christ Church, Oxford. He trained as an actor at the Webber Douglas Academy, and has performed in many leading UK repertory theatres. He has played Rochester in Jane Eyre, Alec in Tess of the d’Urbervilles, Count Vronsky in Anna Karenina, the Actor in The Woman in Black, Jack in The Rivals, Tartuffe in Tartuffe, Malvolio in Twelfth Night, and appeared in the Young Vic/Vienna Festival production of Sweet Nothings (based on Schnitzler’s Liebelei). For over 25 years he has recorded radio drama and book readings for the BBC, where he has twice been a member of the Radio Drama Company. Highlights include playing Steerforth in David Copperfield, Newland Archer in The Age of Innocence and Iachimo in Cymbeline. He has also created voices for countless video games and recorded hundreds of audiobooks, but he is perhaps best known as the voice of Adam Macy in The Archers and of Simon in the Sony Award-winning Clare in the Community for the BBC.

‘Everything in life comes too soon or too late’ is the caustic moral of New Grub Street, George Gissing’s 1891 novel about the travails of struggling authors that is rich in the sordid details of the Victorian obsession with keeping up appearances.

Its most memorable character is the dashing but cynical Jasper Milvain, who cultivates the influencers of the London literary world and shamelessly hunts a wealthy wife. ‘Putting aside men of genius, who may succeed by mere cosmic force, your successful man of letters is your skilful tradesman,’ he declares. ‘There’s no hope for the special attention of the public unless one can afford to advertise hugely.’

Jasper is attracted to the beautiful and serious-minded Marian Yule, whom he meets in ‘the valley of the shadow of books’ that is the British Museum reading room, but she is too poor to interest him – until she inherits £5,000 from a wealthy uncle. His mirror opposite is the high-minded but indigent and unsuccessful Edwin Reardon, whose much-praised first novel proves to be his only success, dashing his wife Amy Yule’s high hopes of his achieving literary fame.

Andrew Wincott narrates this 1891 semi-autobiographical novel of two writers who are embedded in late-nineteenth-century literary London. In a deep, smooth voice, Wincott acts out the give-and-take between the two central characters, who are both marginally successful writers. Novelist Edwin Reardon is portrayed in a quiet voice reflecting his insecurity and penury, while cynical journalist Jasper Milvain is voiced as suits his snobbish, jocular, know-it-all manner, despite his less-than-successful writing career. Wincott’s honeyed tones flow forth, shifting the listener’s attention between bloated description of the onerous profession of cranking out the written word and long-winded, sometimes stilted, conversation. Wincott masterfully performs this hopeful tale of poverty and the writer’s craft.