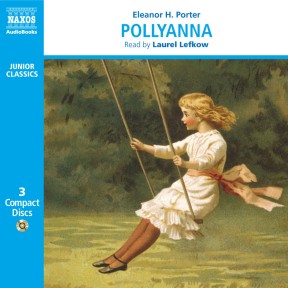 When Pollyanna Whittier becomes orphaned, she goes to live with her rather strict Aunt Polly. And Aunt Polly is not at all prepared for Pollyanna! With her infectious energy and her determination to see the best in every situation, Pollyanna brings sunshine into the lives of everyone around her. But not everyone wants it – and she has a lot of work to do to persuade some of them that there is a good side to everything. But will being glad be enough for Pollyanna herself when she faces the biggest struggle of her life? This irrepressible book, first published in 1913, has entertained and absorbed each generation of girls since, and was the subject of a famous 1960 film with Hayley Mills in the title role. But it was also done as a silent film in 1920 starring Mary Pickford, and a TV film in 2003 – further evidence of its continuing popularity. 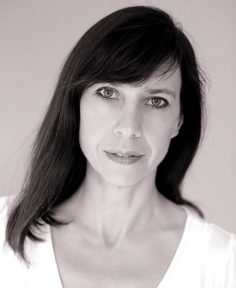 Nothing could contrast more with this than the tranquil moralising of Eleanor H. Porter’s 1913 classic, Pollyanna, a hugely popular tale of an eternally optimistic orphan who looks on the bright side of life with such determined imagination that can find an upside even to a crippling back injury. Try it. Read with upbeat charm by Laurel Lefkov, it’s irresistible.

Life couldn’t be much worse for Pollyanna Whittier after her father dies and she is sent to live with stern Aunt Polly. Pollyanna carries on as her father would have wanted her to, looking for the best, even in bad situations. Lefkow imbues this timeless 1913 classic with a turn-of-the century flair, yet wisely eschews an overly saccharin portrayal of the bubbly and adventurous Pollyanna who maintains a sunny disposition. Lefkow’s reading embraces the characters as she varies her tones to indicate changes in their personalities. Cheerful Pollyanna softens gruff John Pendleton, cantankerous and demanding Mrs Snow, and frosty Aunt Polly. Piano interludes punctuate chapter endings. This entertaining release of a junior classic may revive interest in this once popular novel.

A sincere thank you to the talented Laurel Lefkow for presenting this splendid 1913 classic in such a delightful manner that even somewhat jaded contemporary listeners will be enchanted. Pollyanna’s sweetly innocent personality and her ‘glad game’ of seeing the best in every situation are in stark contrast to the personalities of her sour and bitter Aunt Polly and even the maid, Nancy, who befriends Pollyanna during her sad early days. Each of these very different characters is warmly rendered by Lefkow. When Pollyanna is badly injured, her beliefs are challenged, a turn of events that brings an element of realism to this old-fashioned story. An excellent insert provides detailed notes about the book.

Pollyanna is the kind of book your mother would like. If that sounds like damning with faint praise, it should be remembered that sometimes Mother knows best.

The problem the book has in the contemporary world is that realism – or cynicism, if you prefer – equates the heroine’s relentless optimism with an unworldly belief in the goodness of life and of people, and her pure-heartedness is no real defence against selfishness and misfortune. At the same time, anyone whose outlook is always sunny turns is not cheerful so much as saccharine. The word ‘Pollyanna’ itself has now undergone the same etymological turnaround that affected ‘silly’ – at one time, that meant ‘blessed by God’, an innocent; now its implications are far less favourable. With ‘Pollyanna’, what was once a byword for goodness and seeing the best in people has evolved into a pejorative term for someone whose happy outlook deserves mockery, who refuses to recognise the evidence of evil-doing for gain. It has even found its way into science, with the Pollyanna Principle being the tendency for people to believe those statements about them that present them in a good light. But does the heroine deserve such treatment?

Pollyanna Whittier goes to live with her rich Aunt Polly when she becomes orphaned after her father’s death. There she dedicates herself to making everyone as cheerful as she can by playing ‘glad game’, which consists of finding the best in every situation, whatever its immediate harms may initially appear to be. On the one hand, this is nothing but admirable, and she succeeds in making everyone she encounters happier as a result. But there are two problems with the sunniness of her disposition. One is that it appears that she is either wilfully misunderstanding the motives of the people she encounters (her frosty aunt, for one) or is simply not prepared to accept that they may have other reasons for their behaviour than the good ones she ascribes to them. The other problem is that her logic might be inclined to make the most generous of her acquaintances doubt her reason. For example, when visiting the invalid Mrs Snow, she tells the bed-ridden lady how glad she could be that other people weren’t like her. This seems unconvincing (to be generous); and the origin itself of the ‘glad game’ betrays the same weakness. It happened when Pollyanna’s father was still alive, and the two of them were waiting for a delivery from a charitable organisation. Pollyanna hoped it might contain a doll; instead it was crutches. Her father said that they should find a cause to be glad about in the delivery – namely, that although it was just crutches, at least he and Pollyanna didn’t need them. This almost seems to be laughing at others’ misfortune; but that is as far from Pollyanna’s philosophy as possible.

The book, published in 1913, was written by Eleanor H. Porter (1868–1920) and although she had had minor success before with short stories and other novels, Pollyanna was a phenomenon. There was something about the irrepressible joie de vivre of the heroine, something infectious about her welcoming of all the goodness she could squeeze from life, that caught the imagination of readers all over the world, leading to sequels (by Porter and others), films, stage and television adaptations, as well as a board game. It is by no means the only book to feature an orphaned girl brought up by adults she hardly knows and bringing happiness with her – Anne of Green Gables, published five years earlier, is just one other example. And the history of children’s literature would hardly exist without parentless heroes getting into scrapes and engaging the reader with their innocence, humility and freshness of vision. On the other hand, there is the consequent danger that what the author intended as charm might turn into something more cloying; that innocence becomes mere naivety; that child-like honesty transforms into childish misunderstanding.

But although her general popularity has taken a profound hit in recent years (unlike, say, Huckleberry Finn or Tom Sawyer), Pollyanna is not a prim goody-two-shoes. She is a girl who embraced living, not just being alive; someone who wanted to sleep under the stars, and talk to people, and run and play and just … live. She has a genuine belief that the best can be made of a situation, and wants others to share what to her is an evident truth. It is this innocent desire to take what is good out of life, rather than simply follow one’s duty, or be weighed down by obligations, or constrained by social niceties, that is one clue to her appeal, as it is in many other children’s books.

But another reason is perhaps slightly deeper. Pollyanna’s ‘glad game’ may seem at first like a specious attempt to believe that there is a beneficent Providence in everything if only you can find it, and the reasoning behind this belief may strain many readers’ patience. But it can also be read as a self-protection mechanism, a system to deflect pain or loss, and one that needs to be held to fast in times of great distress. Rather than not see or not accept the less happy side of life, it is a decision to fight against it, to take it on and beat it. She has faced plenty of unhappiness in her young life before we meet her; and she is not without her trials in the book itself. What is more, rather than simply hang on to her philosophy for her own internal good cheer, she makes every effort to bring the benefit of her belief to everyone else around her. This is an active engagement with the community aimed at making everyone happier, breaking their self-imposed shackles and freeing them to express the more generous aspects of their nature – effectively enabling their happiness. Moreover, she is rewarded for her efforts when she faces her greatest challenge.

Life is not necessarily like that, of course. But then fiction is not always supposed to reflect life so much as idealised representations of its potential. So while mothers may like the girl with the sunny disposition who is always helpful and glad, they may also be recommending a more profound determination not to be bowed by life’s inevitable setbacks, and to make a positive contribution to the lives of those you encounter. Sometimes Mother knows best…