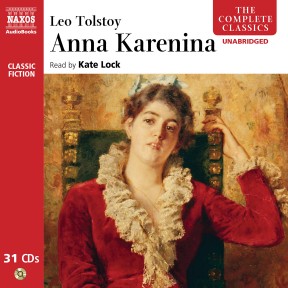 Anna Karenina is beautiful, married to a successful man, and has a son whom she adores. But a chance meeting at a train station in Moscow sets her passionate heart alight, and she is defenceless in the face of Count Vronsky’s adoration. Having defied the rules of nineteenth-century Russian society, Anna is forced to pay a heavy price. Human nature, with all its failings, is the fabric of which this great and intense work is composed. Anna Karenina has been described as the perfect Russian novel. 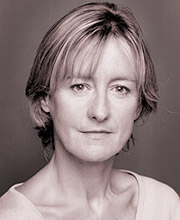 Kate Lock has played Mrs Linde in The Doll’s House, Celia in Captain Oates Left Sock (Finborough) and several leading roles at the Orange Tree, Richmond. She co-wrote Tuesday’s Child with Terry Johnson and in it played Teresa Doyle at Theatre Royal, Stratford and for BBC TV. Kate has written for and acted in BBC’s Casualty. She has also appeared in TV productions Ayckbourn’s Absent Friends, Coronation Street, The Brief, The Bill, Sweet Nothings and comedy sketches with Rory Bremner, Hale and Pace, and Morecambe & Wise.

Yes, it’s expensive, but would you expect to pay less for a 41-hour audio of the world’s greatest love story? Dostoevsky called it a flawless masterpiece. There’s a five-hour abridged version with music for £16.99, read with heartrending passion by Laura Paton, but it’s essentially a taster. Don’t settle for less than all eight courses.

Tolstoy’s magnificent panoramic novel Anna Karenina is a daunting listening proposition. Bear in mind that it was written as a serial, published in monthly installments over four years, and download it to take in regular doses (walking the dog or on your commute to and from work). Kate Lock rises to the challenge of this marathon of narration nobly, skilfully reflecting in voice the development of the initially air-headed Kitty and the clumsy, obtuse Levin, and their realisation, from the terrible outcome of the affair between Anna and Vronsky, that happiness cannot be built on another’s pain. It is worth downloading a character list to help you to sort out the names of the enormous cast.

Leo Tolstoy’s life was a battleground – a series of wars between privilege and principle, indulgence and asceticism, cavalier martiality and indignant pacifism, self-hate and self-knowledge. He had an almost idyllic childhood and adolescence, his student life was one of potential brilliance and actual excess, he enjoyed international acclaim as a writer, and he fathered 13 children – and yet in all of this he seems to have been unable to take any joy. As a noble he felt he had failed to improve the feudal system he was born into; as a man, rather than looking back on his youth with mild regret, he was tortured with remorse for his dissipation; the later years of his marriage were filled with jealousy and bitterness; and at the end of his life his decision to follow the principles in which he believed led to his being effectively disowned by his family.

As a writer, he moved from keeping journals to writing autobiographical novels and then to the epic and insightfully psychological; but, as his views shifted, he turned increasingly towards moral philosophy and mysticism. He was excommunicated by the Orthodox Church for his heretical religious views, and the imperial powers censored those of his works that were published in Russia because his politics were considered heretical, too. By the end of his life, he was seen more as a prophet than a writer.

He was born in 1828 on the estate at Yasnaya Polyana, about 120 miles south of Moscow, into a family of considerable standing. His very early life was tranquil and happy, but the death of his parents meant that he was brought up in various places by various relatives. He was a gifted linguist and omnivorous reader, but was unhappy at the education offered at Kazan University (the feeling was mutual; his tutors thought him ‘unable and unwilling to learn’) and left in 1847 before graduating. Over the next 14 years Tolstoy lived the life of a dissolute young nobleman, joined the Army, ran up huge gambling debts, fought duels, fathered a son to a serf and much more besides – before undergoing a slow transformation into a man of deep thought, brilliant literary insight and radical action.

His writings began with his diaries in which he tried to untangle the profound intellectual agonies he was suffering; but the semi-autobiographical novels which were his early published works became popular inside and outside Russia. After his spell in the army, which provided him with first-hand experiences to bring to his first great work War and Peace, Tolstoy visited Europe and found that while repression in Tsarist Russia was intolerable, it was not the only state-sanctioned brutality. He was deeply affected by an execution he saw in Paris, for example, and his views on the need for radical change in politics, morals, society and religion began to harden. So did his views on education – to such an extent that he went back to his family’s estate and established schools for the children of the serfs. Although the experiment eventually failed, it showed that he was prepared to put his beliefs into action.

His life, wayward and unfocused, was given much greater stability by his marriage in 1862 to Sophia Behrs, who became his secretary, manager and assistant through the long writing of War and Peace and Anna Karenina as well as the mother of their many children. But despite the evident attraction that brought them together, they later became deeply unhappy, as Tolstoy’s philosophy moved him further away from the conventional.

He was an advocate
of non-aggressive
Christianity,
becoming an
influential
correspondent
of Gandhi

Anna Karenina was published serially in the Russian Messenger between 1874 and 1877, and in book form the following year. The novel took its inspiration from several ideas. One was the opening of a story fragment by Pushkin which took the reader immediately into the heart of the action without any introductions or background, a method which Tolstoy adopted for the opening of Anna Karenina. Another was the issue of the ‘fallen woman’; Tolstoy had wanted to examine this topic for some years, but he wanted to look at it from a more sympathetic standpoint than the usual melodramatic morality tale. As it turned out, when Anna Karenina was published, he was berated by some critics for being so conservative as to hold marriage as an ideal, unbreakable state, and by others for condoning Anna’s behaviour. Another pivotal event in the novel’s conception was the suicide of a jilted mistress who threw herself under a train. Tolstoy viewed the terribly injured body of the woman, and the image remained vividly with him. He also had a trance-like vision, in which he saw the figure of Anna gradually appear to him, beginning with her elbow and concluding with her ‘remarkably beautiful face with thoughtful, suffering-filled eyes’.

The novel has a doomed love story at its core, yet it also brings together many of the issues that were central to Russian life at the time. The freedom of the serfs and other reforms in the 1860s, urban and rural concerns both practical and ideological, local politics, high society, family life, divorce, war, religion, bureaucracy, hypocrisy – all of them tumble into the conjoined stories of Anna and Levin.

But as well as the thematic, linguistic and narrative structures that give the book its richness and depth, and its profound insights into the complexities of human emotion, there is much of the author himself. Levin is more or less an autobiographical sketch (Tolstoy’s wife said, ‘Levin is you, without the talent’; but she added elsewhere, tellingly, that the character was an impossible man). Levin’s conversion to a relatively simple belief – love thy neighbour and honour God, but pay no attention to self-important religions – mirrored Tolstoy’s newly found views. Through this close association with a character, the book reflected the profound changes in his spiritual and home life; the shift in Tolstoy’s philosophical outlook is detected particularly towards the end of Anna Karenina. The original enthusiasm with which he had approached the story evaporated – but not before he had created a work that is still regarded as one of the greatest ever written.

For Tolstoy himself, this hardly seemed to matter. The philosophical and religious shift he had undergone was manifest in his life, work and thought thereafter. His writing – despite other major novels, plays and short stories – turned to essays, polemics, disquisitions on art, philosophy and the spiritual life. He was an advocate of non-aggressive Christianity, becoming an influential correspondent of Gandhi. His status as a pacifist anarchist made him a figurehead for political and religious movements within and beyond Russia.

He suffered torments of guilt and despair over his previous behaviour, as well as endlessly questioning the most basic aspects of life and the self. He felt a moral duty to follow to the letter what he had come to see as his fundamental beliefs – namely that simplicity and honesty in life and work were paramount. As a result, he renounced the copyrights to his earlier works and the rights to his lands; he gave up meat, tobacco, drink and sex; and he turned all his wealth over to Sophia, with whom he somehow contrived to live as a peasant. These actions were so dramatic that most of his family, in turn, largely renounced him. Although he had decided to start a new life as a wandering ascetic some time earlier, it seems that domestic discord prompted him to leave his home in October 1910 when he was scarcely fit enough to do so. He was with his daughter Alexandra at Astapovo railway station when he was taken ill in November, and he died shortly thereafter.

Tolstoy was a man of intensity and conviction, who followed his philosophy after deep, often bitter, experience and rigorous thought. He was also a man wrenched by the conflicts within him who could never reconcile the contrasting elements of his nature. But it is perhaps because of this very tension that he was able to reveal in Anna Karenina his views of society not just on a grand scale, but at the most intimate and human levels.

A note on the names
Russian names are typically made up of three parts: the first name, a patronymic (derived from the name of the father) and a last name. Both the patronymic and the last name have gender-dependent endings. So in Anna Arkadyevna Karenina, the middle name ‘Arkadyevna’ means the daughter of Arkady; while for her brother, the patronymic is ‘Arkadyevitch’ – son of Arkady. While her husband’s name is Karenin, Anna’s last name has the feminine ‘a’ at the end. There are slight variations on this feminisation – for example, the feminine form of the name Scherbatsky is Scherbatskaya.

Many characters refer to each other using both the first name and the patronymic. In addition, characters on especially friendly terms will use diminutives, nicknames and other informal titles: hence Kostya, short for Konstantin; Stiva for Stepan; Alyosha for Alexei; Seriozha for Sergei.