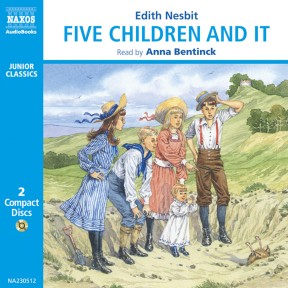 Five Children and It

Filled with wit and humour, Nesbit’s 1902 fantasy tells the adventure of five siblings sent to spend the summer with their uncle. One day, when the children wander from the strange house by the sea to play in old gravel pits, they uncover ‘It’ – a prehistoric Sand-fairy. Psammead (pronounced Sammyadd) was an odd-looking creature with eyes on long horns which, like those of a snail, moved in and out like telescopes; ears like that of a bat; its tubby body shaped like a spider’s, covered with thick soft fur; and at the base of its furry arms and legs were hands and feet resembling a monkey’s. The unusual Sand-fairy grants the children one wish a day, each lasting until sunset. Though wishes can come true, they are not always as pleasant as they might seem, which the children soon discover.