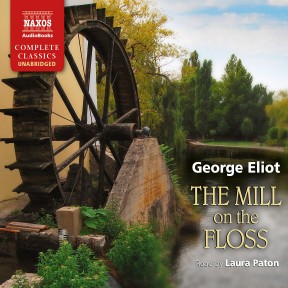 The Mill on the Floss

Maggie Tulliver has two lovers: Philip Wakem, son of her father’s enemy, and Stephen Guest, already promised to her cousin. But the love she wants most in the world is that of her brother, Tom. Maggie’s struggle against her passionate and sensual nature leads her to a deeper understanding and to eventual tragedy. 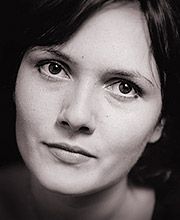 George Eliot is the pen-name of Mary Ann (Marian) Evans, who was born in 1819 in Nuneaton, Warwickshire, where her father was a land agent.

As a young girl she was much influenced by an evangelical preacher, the Rev. John Edmund Jones. After her mother’s death she became her father’s housekeeper for a time, continuing to educate herself and learning German and Italian. In 1841 she moved to Coventry, where her friendship with the progressive intellectuals Charles and Caroline Bray led to her questioning her orthodox religious beliefs.

Her friendship with the Brays resulted in an introduction to John Chapman, the publisher, and to a commission to translate Strauss’s Life of Jesus. In 1850 Eliot became a contributor to The Westminster Review and in 1851, when Chapman became its proprietor, he offered her the position of Literary Editor.

Following her move to London in 1849 after the death of her father, she formed a close friendship with the philosopher Herbert Spencer, whom she nearly married. She also met the writer and critic George Henry Lewes, and their relationship would have resulted in marriage had Lewes been free. As he already had a wife from whom he was estranged, the couple made the decision to live together unmarried, a union which lasted from 1854 to Lewes’s death in 1878.

It was Lewes who encouraged Eliot to turn her attention away from philosophy and towards fiction. Her earliest fictional works appeared in Blackwood’s Magazine and attracted immediate critical acclaim as well as considerable interest in the identity of their author. Amos Barton, the first of the Scenes from Clerical Life, was published in 1857, followed by Mr Gilfil’s Love Story and Janet’s Repentance. Then came her novels Adam Bede (1859), The Mill on the Floss (1860), Silas Marner (1861), Romola (1862–3), Felix Holt (1866), Middlemarch (1871–2) and Daniel Deronda (1874–6).

She travelled widely on the continent, gaining inspiration for Romola from visits to Florence in 1860 and 1861; and for her dramatic poem The Spanish Gypsy (1868) from a trip to Spain in 1867.

In May 1880 she married John Walter Cross, a man twenty years her junior, who was to become her biographer. She died in December the same year.

The Mill on the Floss

Although The Mill on the Floss is set in Lincolnshire, and Eliot travelled there to ensure the accuracy of the background, the story is in many aspects autobiographical, and the people and scenes derive largely from the author’s Warwickshire childhood.

The Mill on the Floss is peopled with vivid characters, many of whom lose nothing in comparison with the creations of Eliot’s great contemporary Charles Dickens. Both authors share a compassion for human failings and unhappiness, but Eliot is possibly the subtler psychologist in that there are no characters in the novel who are entirely good or bad; each one is a complex being compounded of individual strengths and weaknesses, operating within the limitations of his or her intelligence and understanding.

When Eliot was challenged by acquaintances who thought they recognised themselves in her novels, she denied having drawn portraits directly from life, but she did admit to using material from her early childhood, and this would seem to be particularly true of The Mill on the Floss.

The book is written in the first person, and right from the start the author creates a link between herself and Maggie Tulliver, as she looks back across the years and sees herself as a child playing among the well-remembered scenes of home.

The fictional home of the Tullivers, Dorlcote Mill, has been identified as Arbury Mill, which is where Mary Ann played as a girl; Arbury Hall being an estate where her father was a land agent.

The relationship between Maggie and her brother Tom appears to echo that of the author and her brother Isaac. There seems to have been something of Tom Tulliver’s stern morality and unforgiving nature in Isaac Evans. His refusal to have anything further to do with Mary Ann once she had decided to live with Lewes may well have suggested Tom’s harsh behaviour in response to Maggie’s elopement with Stephen Guest.

When we first meet Maggie as a child, she is wild and unruly: the despair of her helpless mother; the joy of her doting father. But her ‘naughtiness’ and reluctance to behave like a ‘young lady’ are signs of a passionate emotional nature, a vivid and lively imagination, and a formidable intelligence.

As Maggie grows up, the restrictions of the provincial society in which she lives and the lack of opportunity for education and self-development create a stifling atmosphere for her passionate nature.

Maggie’s craving for the love and affection of her brother, the person she most loves and fears in the world, cannot be adequately satisfied due to the essential difference in their natures. Tom’s unimaginative mind and rigid outlook make it impossible for him ever to understand Maggie and ensure his permanent disapproval of her.

Fate sends her further obstacles to forming a close loving relationship in the form of two unsuitable lovers – one whom she is prevented from encouraging by a family feud, the other who is not available because he already belongs to someone else. Her loving nature responds to both, but in different ways; Philip Wakem engages her compassion and sympathy, but it is Stephen Guest who awakens her dormant sexuality.

The sensual part of Maggie’s nature is at painful odds with her strong morality, and she struggles with herself to do what she believes is right. She knows that she cannot be happy if it means causing unhappiness to others.

Caught in an impossible situation, Maggie gives up her chance of love and a happy future rather than cause pain to others. She does so not because it is easy for her, but despite its difficulty. Hers is the way of heroic sacrifice – the way of the Cross – and in accepting her fate, she rises above the selfishness of human desires. In Maggie Tulliver, George Eliot has created a protagonist truly deserving of the description ‘heroine’.

How far Maggie’s inner struggles between desire and morality mirror those of her creator must remain conjecture, but there is an authentic anguish in the author’s description, which suggests that she was no stranger to similar feelings.

Whilst it may not be helpful to draw direct analogies between the experiences of Eliot’s characters and those of their author, there is no doubt that Victorian England must have been an uncongenial society for a woman gifted with formidable intellectual powers, and George Eliot must have suffered painfully from the patronising attitude exemplified by Mr Stelling’s arrogant opinion of women. When asked by Tom whether Maggie would be capable of learning his lessons, he says: ‘They’ve a great deal of superficial cleverness; but they couldn’t

go far into anything. They’re quick and shallow.’

If women were believed to lack intellectual capacity, they were also expected to be without sexual understanding, and Eliot’s empathy for the passion of desire in her male characters was attacked by one critic who was ‘not sure that it is quite consistent with feminine delicacy to lay such stress on the bodily feelings of the other sex’.

If Eliot’s deeply felt religious faith underpins the moral struggle of her heroine, it is her own passionate nature which gives her the ability to enter into Maggie’s dilemma. In The Mill on the Floss, both the characters and the situations are informed by George Eliot’s psychological insight and philosophical understanding. The reader is made aware of the author’s belief in the innate goodness of people despite their shortcomings; she invites us to share her feelings of compassion for the limitations of human nature which are common to us all, and for the pain and suffering they cause.