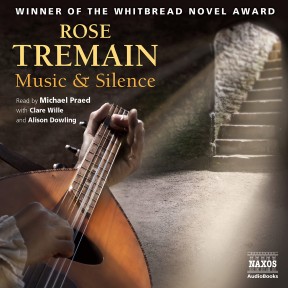 The award-winning Music & Silence is one of Tremain’s most popular works. Set in the court of Christian IV of Denmark during the seventeenth century, it is a beautiful and enduring tale of love, intrigue and betrayal. Part history, part imagination, Music & Silence lyrically evokes the rich tapestry of court life. The obsessions and secret woes of a host of memorable characters are brilliantly realised by Tremain, who deftly weaves together the numerous sub-plots. We encounter a King, tormented by his quest for perfection; the raucous and spoilt Kirsten, raging against the constraints of her queenly situation; and the silently grieving Emilia. 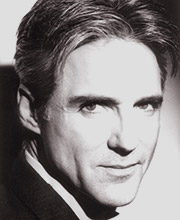 Michael Praed has starred in musicals such as Carousel and The Three Musketeers, and television shows including Casualty, Dynasty and Robin of Sherwood. His film appearances include 9 Dead Gay Guys and Staggered, and his theatre credits include An Ideal Husband, Misery and The Tempest. He has also been a regular voiceover artist and his radio credits include Mills and Boon at the Weekend. 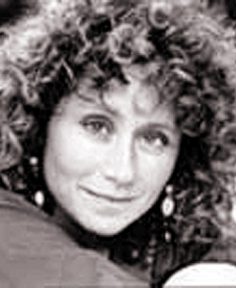 Alison Dowling began her career as a child actress, working regularly in theatre, film and television. After leaving stage school, she toured with the White Barn Theatre Company and the London Shakespeare Group. She joined the cast of Emmerdale Farm and then Crossroads, made appearances in The Bill, Eastenders and Casualty, and played Rebecca Harvey in the sci-fi series Jupiter Moon. Alison has worked extensively in the voice-over, animation and radio industry, notably playing Elizabeth Archer in The Archers for the past 25 years.

The delicacy of this haunting, mythical novel is beautifully complemented by the three-voice narration and the intermittent Dowland and Byrd. It creates the mesmerising, unhappy worlds of Christian IV’s Denmark, where his musicians play unseen in chilly cellars, and of crazed Count O’Fingal’s Ireland, where he pursues a tune heard in his dream.

Rose Tremain is an even more arresting and atmospheric writer than Zafón, and much better at intricate plots. Her Music and Silence is told from three points of view, made more vivid on audio by the use of three narrators: Michael Praed, who projects the eccentric but guilt-haunted King Christian IV of Denmark (1577–1648), Alison Dowling, horrid as his strident, sex-obsessed consort Kirsten, and Clare Wille as the gushingly romantic Francesca, Countess O’Fingal. Linking them all is the lute player Peter Claire (cue apt Naxos lute music by Dowling and Byrd) and his ill-fated affair with Emilia, Kirsten’s companion.

Michael Praed shines in his performance of Tremain’s 1995 Whitbread Award-winning novel. His intimate, sensual voice and use of pacing – even within sentences – adds nuance to each scene. He has a distinct voice for each character, and his variety of accents are believable and without affectation. Especially engaging are the story’s central characters: King Christian IV of 17th-century Denmark has the quiet, gravelly voice of age and profound sadness; the lutenist Peter Claire (the central love interest) is very appealing. Clare Wille expertly handles the emotional swings of Christian’s childish, scheming and sex-crazed wife, Kirsten. The device of alternating voices becomes somewhat annoying in an abridgment, but the plot line is clear, and lovely 17th-century lute intervals signal omissions.

English lutenist Peter Claire performs in the royal orchestra of King Christian IV’s 17th-century Danish court, stirring the hearts of the principal women in this novel. Royal family dynamics are interwoven with love and lust as Claire catches the eye of the king and achieves a far-flung influence on a number of fronts – his political clout reaches from a widowed Irish countess of Spanish origins to the workers in the Scandinavian silver mines. Chapters are interspersed with delicate lute chords, and the alternating voices of the readers animate the narrative of each of the main characters. Feminine and breathy, Alison Dowling and Clare Wille give velvety, expressive voices to the female characters’ tales. Michael Praed’s strong, unaffected speech depicts the intensity and desperation of the characters he portrays. Mortal danger and the prospect of tragedy build as the narrators deliver their spirited array of voices.