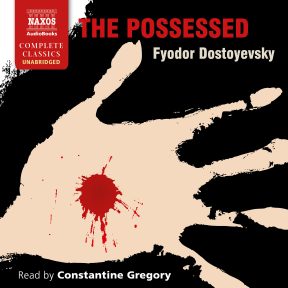 Also known as Demons, The Possessed is a powerful socio-political novel about revolutionary ideas and the radicals behind them. It follows the career of Pyotr Stepanovitch Verhovensky, a political terrorist who leads a group of Nihilists on a demonic quest for societal breakdown. They are consumed by their desires and ideals, and have surrendered themselves fully to the darkness of their ‘demons’. This possession leads them to engulf a quiet provincial town and subject it to a storm of violence. Inspired by a real political killing in 1869, the book is an impassioned response to the ideologies of European liberalism and nihilism, which threatened Russian Orthodoxy; it eerily predicted the Russian Revolution, which would take place fifty years later. Funny, shocking and tragic, it is a profound and affecting work with deep philosophical discourses about God, human freedom and political revolution. This edition contains the original banned Chapter Nine, translated by S.S. Koteliansky and Virginia Woolf, which is presented here as an appendix.

Nikolay Vsyevolodovitch Stavrogin is the central character of the novel. While he displays several attractive qualities – beauty, strength, courage and intelligence –, there is something repellent about his behaviour. His general demeanour is described as ‘stern, pensive and apparently distracted’. He is an indifferent member of the group of revolutionaries, although Pyotr Stepanovitch tries to make him its leader. His erratic behaviour leads to him being declared mad.

Stepan Trofimovitch Verkhovensky is an intellectual and former teacher of Stavrogin who opposes nihilist ideas and the changing face of Russian society. By his first marriage, he is father to Pyotr Stepanovitch. He has constant financial problems, allayed by teaching and the support of Varvara Petrovna. His lectures contain ideas that are considered non-Russian and, inadvertently, contribute to the development of nihilism.

Varvara Petrovna Stavrogin is a wealthy widow and landowner with one son, Nikolay Vsyevolodovitch. She financially supports Stepan Trofimovitch, while trying to shape him according to her own wishes, which proves a source of resentment.

Pyotr Stepanovitch Verhovensky is the scheming son of Stepan Trofimovitch. As the leader of a small group of revolutionaries, he is the main cause of the mayhem that engulfs the town.

Ivan Pavlovitch Shatov is the son of Varvara Petrovna’s deceased valet. He is a former student expelled from school because of a scandal, and a member of the group of conspirators, although he tries – unsuccessfully – to leave after his conversion to Russian idealism. His relationship with Pyotr Stepanovitch is one of mutual hatred.

Alexey Nilitch Kirillov is an atheist who supports the revolutionary movement. He is willing to sacrifice his life in the name of revolution.