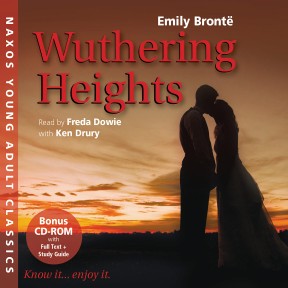 Released in our ‘Young Adult Classics’ format, Emily Brontë’s classic story of passion and enduring love is a masterpiece of the gothic genre. Menacing, mysterious Heathcliff and willful, beautiful Cathy are two of the best-known characters in all of English literature. Freda Dowie gives a compelling reading of a novel as bleak and elemental as the moors upon which it is set. This is part of the ‘Young Adult Classics’ series launched by Naxos AudioBooks in 2009: each title contains a CD-ROM with extensive ‘teacher notes’ and the full text of the audiobook. 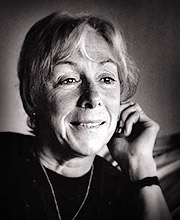 Freda Dowie will be remembered as the mother in Terence Davies’ film Distant Voices: Still Lives. She was an original member of Peter Brooks’ Theatre of Cruelty experiment. Her stage credits include an award-winning Electra and Emily Dickinson in the one-woman play Belle of Amherst. She also reads Wuthering Heights and part of Dangerous Liaisons for Naxos AudioBooks. 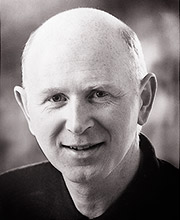 Ken Drury has wide experience of theatre, TV and radio, appearing in plays at the Royal National Theatre and in the West End. His film credits include Yanks and Four Weddings and a Funeral.

1820 The family moved to Haworth in April.

1824 Emily and her sister Charlotte joined their older sisters, Elizabeth and Maria, at the infamous clergy daughters’ school at Cowan Bridge, Lancashire, which is depicted in Charlotte’s Jane Eyre.

1825 She and Charlotte left Cowan Bridge after the deaths of their older sisters. They, with their siblings Branwell and Anne, invented the imaginary Kingdom of Angria, about which they wrote many books.

1831 She and Anne invented a rival Kingdom of Gondal after Charlotte went to Miss Wooler’s School at Roe Head.

1835 Studied at Roe Head where Charlotte was teaching, but returned home after being taken ill.

1837 Worked as a teacher for about six months, leaving due to homesickness.

1842 Studied music, French and German at the M. Heger’s school in Brussels. Returned home in October for her aunt’s funeral and remained
to keep house.

1843 Alone at Haworth with her father, this was a time of creativity and freedom for Emily.

1844 Began to arrange her poems into two notebooks, separating the non-Gondalan from the Gondalan material.

1845 The Brontës gave up their hopes of having their own school. Branwell, working on a novel, introduced his sisters to the possibilities of making money through writing. Having discovered her poems, Charlotte convinced Emily to collaborate on a volume of poetry. Emily began Wuthering Heightsin December.

1846 Poems by Currer, Ellis and Acton Bell published by Charlotte, Emily and Anne. In adopting male pen names, each beginning with the first letter of their real names, the sisters were avoiding contemporary prejudice against female writers.

1847 Wuthering Heights, her only novel, published with Anne’s Agnes Grey. Although it received mixed reviews at the time, the tale of the passionate yet thwarted love between Heathcliff and Catherine is now considered an English literary classic.

1848 After excessive alcohol and drug abuse, Branwell died. Emily left home to attend his funeral, catching a severe cold which developed into inflammation of the lungs. Refusing medical help, she died 19 December and was buried beside her family at Haworth parsonage.

1850 Wuthering Heights was reissued under Emily’s real name, along with a biographical notice by Charlotte.