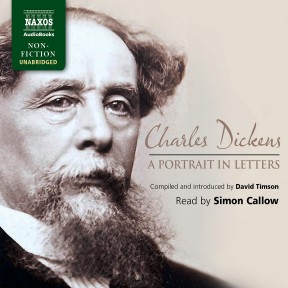 Charles Dickens: A Portrait in Letters

Those who only know Charles Dickens from his novels will be fascinated to discover the private and personal Dickens in this selection of his letters. His sister-in-law Georgina Hogarth thought they expressed his individuality; his friend Forster thought them literature. They give us a portrait of a complex man with so many different facets to his personality, ranging from the serious, when discussing social issues, to the outrageously humorous when writing merely to entertain his many friends. 200 years after his birth he still enlightens and entertains us. 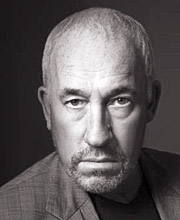 Simon Callow is one of Britain’s best-loved actors, known for Four Weddings and a Funeral on film; Amadeus in the theatre and countless other roles on TV, film and in the theatre. He regularly directs for the stage and is an acclaimed author – his biography of Charles Dickens was highly praised in 2012. Known for his outstanding tour de force one-man shows, Simon has toured internationally in Being Shakespeare and two programmes of Dickens.

Charles Dickens hoped that none of the many letters he wrote would ever surface after he was gone. In fact, he implored his friends and relatives to destroy them. But, luckily, many of these letters have survived, and they paint a fascinating picture of him as a man.

Always the actor and novelist, Dickens loved to assume a character in his writing, seeking to entertain his audience as much as convey information. Letter writing seems to have been as much a joy to him as working on his novels.

In this audio presentation of Charles Dickens: A Portrait in Letters, Simon Callow shares some of his more interesting letters. Focusing on themes like friendship, work, travel, the theatre, and love, the letters are arranged to dig deeper into his personality. And the letters themselves are read with the sense that Dickens is reading them aloud as he is writing them. Interspersed between the letters, some general information about Dickens or the intended recipient are provided.

The novels of Dickens have enchanted readers, and his fans will enjoy a more intimate look at this very interesting man. I highly recommend Charles Dickens: A Portrait in Letters.

Dickens leaps out from these letters as a man of energy and empathy. He’s horrified by the levity of the crowd at a barbarous public execution ‘as though the name of Christ had never been heard’; disgusted by the universal expectoration in America which left drawing-room carpets as if they’d been covered in oysters; indelibly marked by tending a dying man after the Staplehurst train crash. Above all, he’s a superb dramatist, which makes Simon Callow an inspired choice of narrator.

Not surprisingly, over his lifetime, Dickens wrote many letters. David Timson and Simon Callow find the man behind the letters, exploring Dickens’s emotions – from joy and humour to confusion, great sadness, and resignation. Timson is as interested in the material as the listener will be. His crisp tenor voice is a pleasant contrast to Callow’s deeper, rounder tones. Callow is a full cast unto himself. Not only is he Dickens but he also creates a complete panoply of prominent and lesser-known recipients of Dickens’s letters. Callow and Timson create myriad personalities with varying accents, tones, class distinctions and personal idiosyncrasies that are nearly flawless.

Dickens seems to have had an aversion to posterity. He stipulated in his will that there were to be no statues or memorials to commemorate him, loathed having his photograph taken, and, if he could, would have had every letter he had sent to friends and colleagues burnt.

In 1860 he had a huge bonfire of letters that had been sent to him:

‘They sent up a smoke like the genie when he got out of the casket on the seashore; and as it was an exquisite day when I began, and rained very heavily when I finished, I suspect my correspondence of having overcast the face of the Heavens,’ he wrote to his business manager W. H. Wills, and was reported as saying: ‘Would to God every letter I had ever written was on that pile.’

Fortunately for posterity – it being part of human nature to treasure letters connected with the famous – his friends did not destroy his, though he urged them to do so, and in all there are approximately 14,000 letters extant. He was an inveterate letter-writer, taking every opportunity to contact even mere acquaintances with a friendly note, or to indulge in lengthy missives full of description and opinion to his closer circle of friends, as well as sending lists of business instructions to the hard-pressed editor of Household Words, Wills. Writing was as natural as breathing to Dickens. He wrote his letters, and his novels, with a quill pen, expressing at times exasperation with the new-fangled steel nibs, and had a penchant for writing in blue ink on blue paper. His signature with its famous flourish was almost the equivalent of a modern brand logo, and it was emblazoned in gold leaf on the covers of some of the early collected editions of his works. The recipients of his letters expected to see it, and he self-consciously apologised when he didn’t feel up to executing it.

But what was Dickens afraid his letters would reveal to posterity? Was he concerned that too much of his personal life and intimate thoughts, intended only for the correspondent, would become public property and cheapen his reputation?

Whatever the reason, he destroyed every letter he received as a matter of course after 1860, writing with relief: ‘and my mind is, so far, at ease.’

It is difficult to know just how close we get to the real Dickens in his letters.

He was always such a self-conscious showman that you can never be sure that he isn’t presenting a carefully composed image of the true Dickens for his friends and colleagues. Sometimes he presents himself almost as one of his own characters, which begs the question of whether there isn’t always an element of fiction in his letters. He is often playful, comical, and constantly seeking to entertain his friends in these letters with vivid descriptions of foreign countries and unusual people with whom he comes into contact.

Not only in his letters, but in life, Dickens loved to assume a character behind which he could hide his true personality. He constantly invented nicknames for himself such as ‘The Inimitable’, which he had been called at school, or ‘The Sparkler of Albion’; to his employees he was ‘The Chief’; and for the amusement of his children one Christmas, he became ‘the Unparalleled Necromancer RHIA RHAMA RHOOS.’ More seriously, when he began his affair with Ellen Ternan, he assumed the name of ‘Mr Tringham’ so that he could pay the rent on his and Ellen’s country retreat without detection.

The most public alternative identity he created for himself was of course the pen name ‘Boz.’ As a struggling young writer he seems to have desired anonymity, until the success of Oliver Twist in 1838 confirmed the talent he had displayed in The Pickwick Papers, and he could safely reveal to the world his true identity. Dickens lacked self-confidence as a young man, and all his life he was afraid of failing. This was the effect on his personality of years of neglect as a child, when he was forced to work in a blacking factory to support his feckless family. Having experienced poverty at first hand, he wasn’t going to let ‘Charles Dickens’ return to its deprivations. If ‘Boz’ had failed, ‘Dickens’ would still be intact to try again. His success as ‘Boz’ however, considerably reduced the possibility of failing as Charles Dickens.

What did Dickens’s family and friends think about his letters? Georgina Hogarth, his sister-in-law and stalwart supporter, thought his letters expressed Dickens’s  ‘individuality’ with which his son Henry Dickens concurred, saying in his memoir of his father that the letters testify to the enjoyment Dickens got out of life. Dickens’s great friend Forster went so far as to say the letters were themselves ‘literature’ and admired their freshness of style. It is unfortunate therefore that Forster thought it necessary to destroy so many of Dickens’s letters when writing his biography. As one of Dickens’s principal correspondents he received hundreds during their long and close friendship, but compiled his biography of Dickens on a cut-and-paste system, literally cutting out the passages he required and then destroying the rest. He also felt free to re-write and edit the letters so the few examples we have in his biography may or may not represent what Dickens wrote.

Dickens’s daughter Kate was the first to question whether the true Dickens was revealed in the letters. Speaking of the letters he wrote to her mother in the 1830s, she wrote:

The ‘dark places’ where we do come closer to the real man are to be found in the letters that are concerned with the causes close to his heart: literary copyright, capital punishment, the home for fallen women he set up with the philanthropist Angela Burdett-Coutts. We also get a taste of his renowned and ruthless efficiency in the glimpses we get of the letters regarding his amateur theatrical activities, as well as the hard schedule he always set for himself during the writing of a novel. But even with the vast number of letters extant, the moments of self-revelation are rare, and perhaps ultimately we learn more of him in his novels, which may be why he wanted his letters destroyed – he felt he had expressed his true self in his fiction. His books were his memorial.