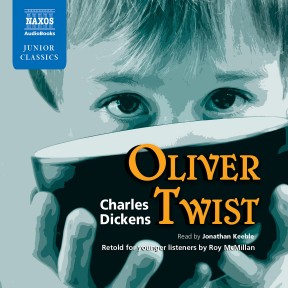 Oliver Twist runs away from the brutality of the workhouse only to find himself taken in by a gang of thieves run by the devilish Fagin, his violent side-kick Bill Sikes and the irrepressible Artful Dodger. Rescued from London’s dingiest and darkest dens but then forced to help in a violent burglary, Oliver’s chances of survival are slim, and his chances of happiness almost nil. But one member of the gang risks everything to save him – and loses everything as a result. Roy McMillan combines an abridged version of Dickens’s novel with his own helpful explanations to retell the story for younger listeners. 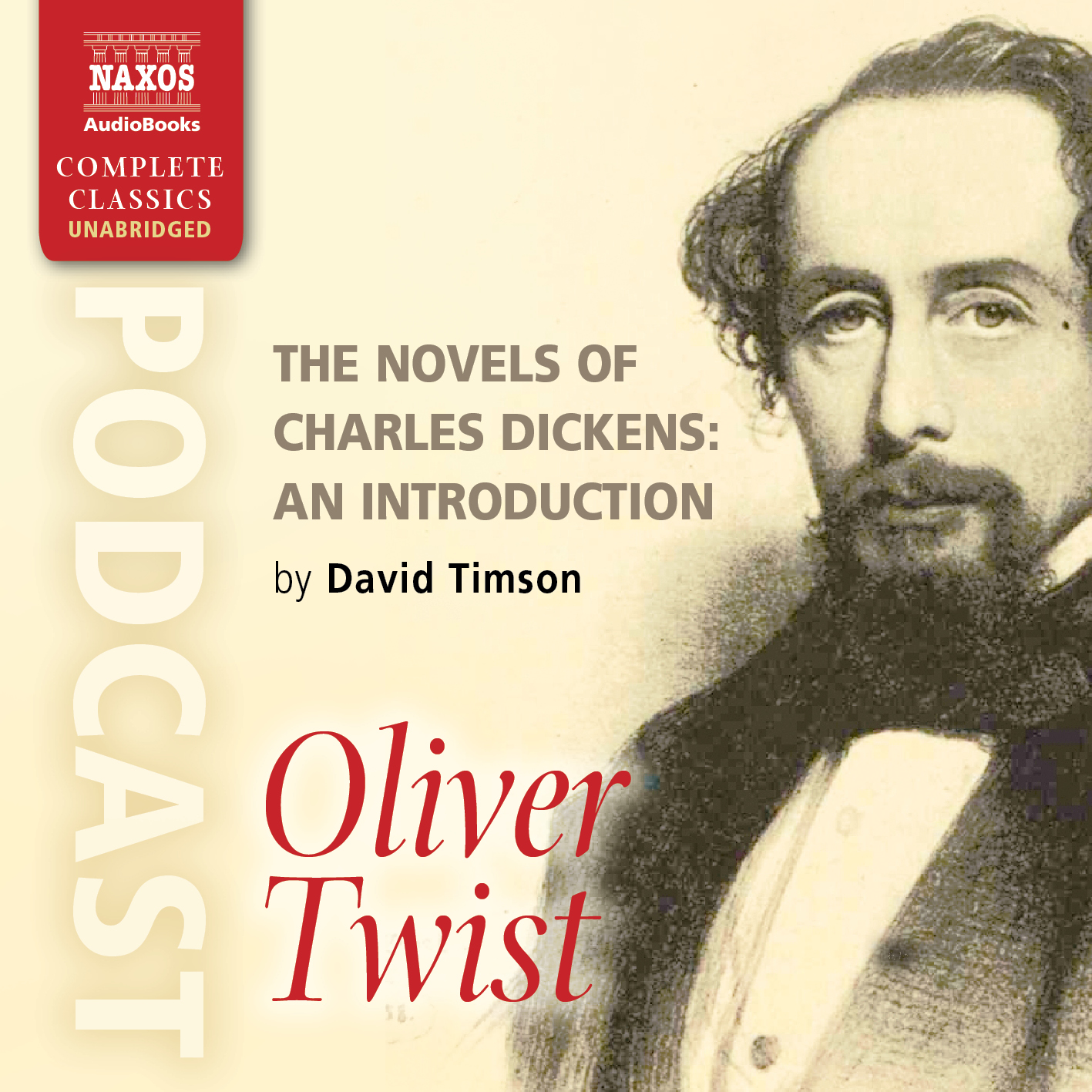 Oliver Twist (The Novels of Charles Dickens: An Introduction by David Timson)

Oliver Twist, Dickens’ second novel, is a thrilling study of childhood innocence thrust into the darkly comic world of Fagin, his apprentice, the Artful Dodger, and their gang of child thieves. Who will help the orphaned Oliver to escape from their clutches and discover his true history?

The original story is even more powerful and compelling than the musical, which has popularised it. 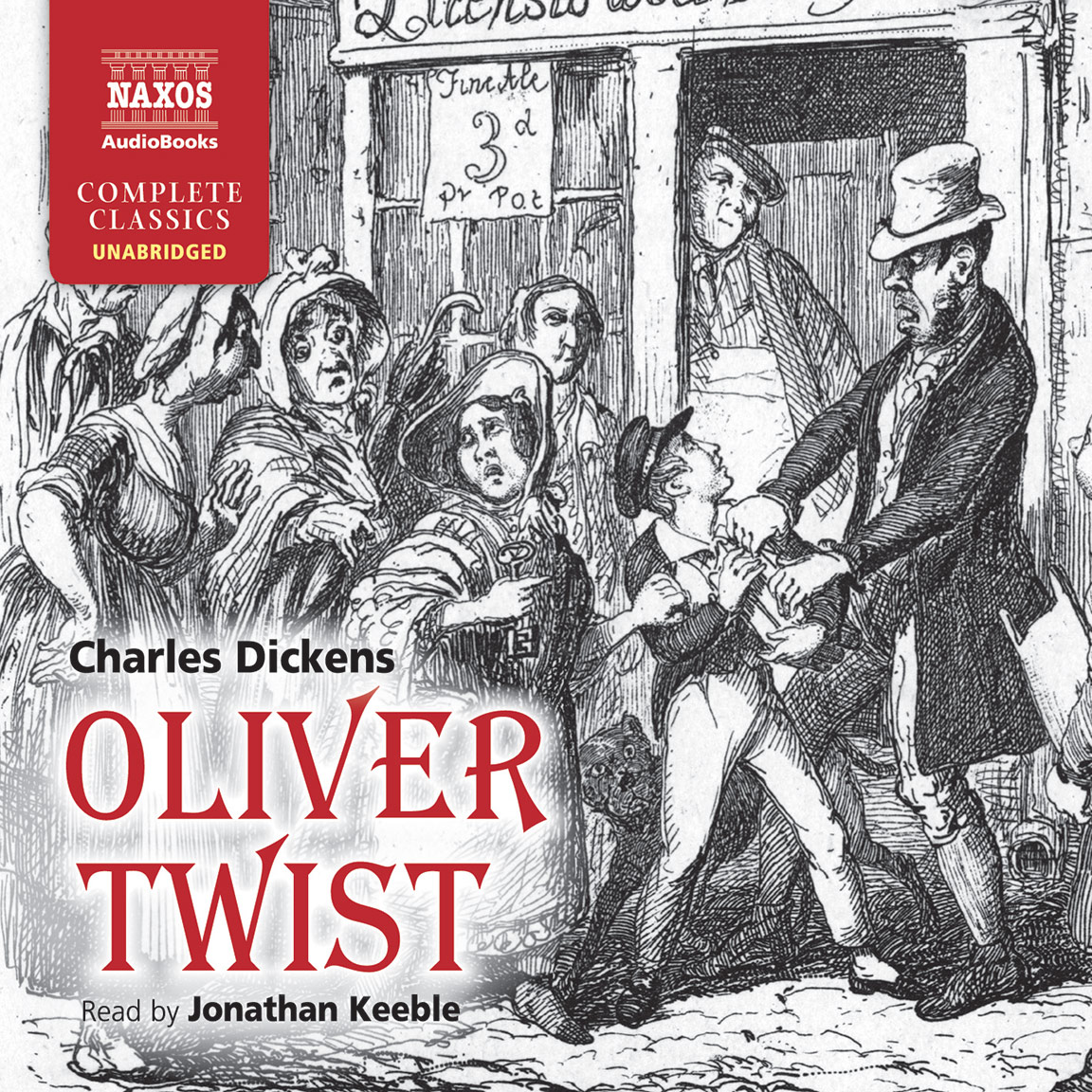 If you’re a parent of Tory schools minister Nick Gibb’s opinion that every child should have read a Dickens novel by the time he/she leaves school, you’d better plug your little treasures into this. It’s really just a vehicle for Jonathan Keeble to show off his infinite variety of low-life London accents, but with any luck it will tempt listeners to ask, like Oliver, for more.

This retelling presents a condensed version of Dickens’s work for young listeners. Smoothly written, it has been considerably shortened from the original. It recounts the main events but lacks Dickens’s signature word craft. Jonathan Keeble is an authoritative guide through Oliver’s orphan narrative. Keeble’s commanding voice presents a series of interrelated vignettes, each separated by period music. His characters each have memorable voices, especially Fagin, who is a bombastic villain fully brought to life. With such voices, Keeble offers a performance, more than a narration. His changing tone and pace draw attention to dramatic events; however, some principals, notably Oliver, sound a bit caricatured. An informational booklet on Dickens accompanies the production. Keeble’s vivid reading makes Oliver’s story accessible for young listeners.

In Oliver Twist Charles Dickens created several of the most memorable characters and some of the most memorable scenes in all English fiction: the hideous Fagin, greasy, evil and yet somehow charming; the cunning, lively and funny Artful Dodger; the awful Beadle, full of a sense of his own self-importance; and perhaps most of all, the moment when Oliver, just nine years old, faces the master of the workhouse and says: ‘Please, sir, I want some more’. That sentence seems very simple, but it managed to suggest a lot of things. It showed that Oliver was brave and honourable (and hungry, of course); it showed that you could stand up to a nasty, bullying system; and because it was such a simple, striking image – the little starving orphan asking the big fat man for some food – it made its point with tremendous power.

The ability to immediately touch people’s imagination is something writers can spend their whole lives working on. But Dickens was only 25 when he wrote Oliver Twist, and it was only his second novel. He had been writing for newspapers up to that point, reporting on parliamentary business and elections, and also writing articles about people or events that interested him. He knew he wanted to do more than this, and the success of his articles meant that a magazine publisher asked him to start writing a full-length story to be included in the magazine. Dickens was only too keen, and he produced his first real book (The Pickwick Papers) to tremendous acclaim. He became something of a celebrity, and he was still writing it when he was asked for another book to be serialised in the same way. That book was Oliver Twist.

The Pickwick Papers was found to be tremendously funny, and full of people the public loved. Oliver Twist had a very different impact. This was a dark story about cruelty and criminals, although it had plenty of comedy too. There were two main reasons for Dickens’s skill in writing stories that affected people so deeply: one was the extent to which he loved language and what it could do; the other was that he had faced real deprivation himself.

Dickens was born near Portsmouth, then moved to Chatham in Kent. His father worked as a clerk for the Navy, and Dickens’s childhood was generally happy. He loved books and songs and the theatre, and would occasionally do little performances for his family and friends. But all this changed when his father lost his job and the family moved to London. Partly through bad luck and partly because his father was very bad with money, they were soon in debt. Then his father was sent to prison.

This would have been a disaster for any family, but it completely changed Charles’s life. From being a happy, imaginative boy with dreams of perhaps becoming an actor, he found himself, at the age of just 12, having to live alone in a fairly dismal part of London, walk four miles to work in a damp, rat-infested factory on the banks of the Thames, then walk home alone after a long day’s labour. He had to buy his own food from the money he earned and was able to visit his father once a week.

The work itself was hard and did not pay very well, and although he did make some friends there, he felt as though everything he had hoped for in his life had been taken away from him; that he had just been thrown into the world and left to make do as best he could. One of the many ways in which this was to affect him was to put him in close contact with the world of the poor and the criminal. He saw for himself what happened to people who had no money; he knew the streets and neighbourhoods where the pickpockets and robbers lived; he knew the look and the feel and the smell of the most deprived and dangerous parts of the city. This knowledge never left him.

After a year his father was released but the impact of those hard times was evident in most of the rest of Charles’s life. He was very ambitious and very hard- working, desperate to have enough to eat, even when he became one of the richest and most successful people in the country. He wrote novels, short stories, articles and travel pieces; he edited magazines; he performed readings from his stories all over the country. He was married and had 10 children, although the marriage ended unhappily in divorce. But whatever was happening in his life, he was working, working, working. He had a sort of desperate determination to be active, involved in projects, and to succeed, as if always worried that he would be forced to go back into the factory.

Charles was extremely energetic, both physically and mentally. He walked for miles every day (often through the back streets of London) and he was curious: he wanted to know about everything. He was very funny and was a brilliant observer of people, places, things and events, able to remember them with great detail and use them in his stories. This meant that his characters always had something about them that his readers could recognise, whether it was a style of dress or a form of speech or an attitude. So they were always believable, almost familiar, even though they were frequently obvious exaggerations. The names were important in just the same way. They might be unlikely (Sowerberry, Crackit) but not completely impossible; and they were always just right for the character. He used his childhood experience here, too.

The name ‘Fagin’ came about because it was the name of one of his friends at the factory. What Dickens liked about it was the sound – it suited the character perfectly – but it must also have had that resonance for him because he associated it with the dark and frightening time when he feared he might end up living that bleak life forever. It seems very unfair on his friend, though, who was an orphan (like Oliver Twist); but words had a special importance to Dickens. His great delight in them – in their sound, the way they worked in rhythms, the way they could create emotional effects as strong as their meanings – was as much a part of his great creative gift as his story-telling.

One other aspect of his writing that can be traced in part to his childhood is his anger at the way society treated its poorest people. In most of his books, he attacks the cruelty he saw in places like workhouses and schools, and he became involved in various schemes to set up colleges and refuges. He actually changed the education system in England because of one character and his behaviour in one book. And although it took longer to do the same to the workhouse system described in Oliver Twist, there is little doubt that for the public, all the wrongs and injustices of it were symbolised by just one image, by just one sentence:

Please, sir, I want some more.